INDIANAPOLIS – Former San Diego Padres general manager Kevin Towers is in attendance at the meetings but this time not trying to swing a deal, but to map out a possible plan for his future.

Towers has a standing offer from the Red Sox and may have one from the Yankees to join them in some capacity. Right now Towers, who will be paid by the Padres for the 2010 season, is just listening and may make a commitment by spring training. Towers is considered an excellent talent evaluator and could help both the Red Sox and Yankees with scouting.

Towers said he probably would not have traded Adrian Gonzalez this season if he were still the GM, but he has no idea what his replacement, Jed Hoyer, will do. The Red Sox would love Gonzalez, a lefthanded hitter who hits a lot of balls to left and left-center, in their lineup, but so far there’s been no movement by the Padres to swing a deal with two years remaining on Gonzalez’s contract.

“Ned just wanted me here to take a look at the way things work at the winter meetings,” said Sele, who now lives with his four daughters and wife in Newport Beach, Calif. Sele would eventually like to get into baseball in a front office capacity. He also works closely with former Sox third baseman Bill Mueller, also on Colletti’s staff.

The Red Sox may need to hurry up their pursuit of Jason Bay. According to major league sources, Bay may take less money to play in Seattle, where he makes his home.

The Red Sox have re-signed lefty Kason Gabbard to a minor league deal. Gabbard will try to work his way back after a poor season in the Sox system after he was re-acquired from Texas last summer. 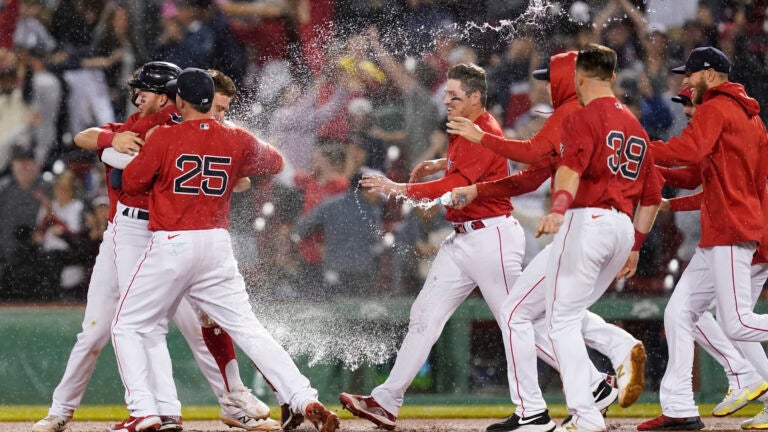