A few late-night items from Day 2 of the Winter Meetings:

• Angels manager Mike Scioscia said tonight on an LA radio station that his club is a “long shot” for Jason Bay. I believe the Seattle rumors are more speculation than fact, as well. In the end, the odds are he stays in Boston.

• Johnny Damon lost some money today. The Giants said they’re not interested. Then the Yankees went out and traded for Curtis Granderson. That means they can play Melky Cabrera in left field if they want. Damon’s leverage in New York just plummeted. He might need to take a one- or two-year deal.

• The Cubs are intent on ridding themselves of Milton Bradley. The Rays could be a match. The Sox are not involved in the talks.

• Hideki Matsui is drawing interest from the White Sox.

• Some BBWAA news: Bill Madden of The Daily News in New York was the winner of the Spink Award and will be inducted into the writer’s wing of the Hall of Fame.

• The BBWAA also voted to expand the Cy Young voting to five places instead of three.

• It’s great news for Boston that Peter Gammons is headed for a gig with NESN. He’ll provide studio commentary for 50 games and work spring training and the winter Hot Stove shows. It’ll be good to see the Commissioner around Fenway Park more often, if only to talk about music.

• Is there one team out there, other than the Angels, who we know to be chasing John Lackey? 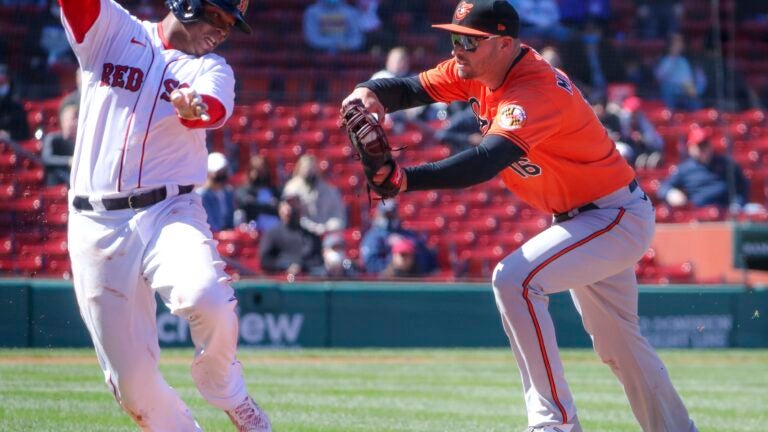