Just returned from the annual Christmas at Fenway event. In all, about 2,000 people hung out in the EMC Club and State Street Pavilion, waiting patiently for a chance to purchase tickets for next season,

The Sox entertained them in a variety of ways. Terry Francona, Jed Lowrie, Michael Bowden and Manny Delcarmen were on hand to answer questions and sign autographs. Larry Lucchino was on hand as well along with retired greats Luis Tiant and Frank Malzone.

There were giveaways, activities for kids, assorted mascots and everybody was gawking out at the infield where they’ve started building the hockey rink for the Winter Classic. The rink is scheduled to be finished on Dec. 18 and will remain at Fenway until Jan. 10.

As for the news, here is what came out of it:

* Mike Lowell has not yet been traded. There are still issues to be worked out and assistant GM Ben Cherington went so far as to say, “It wouldn’t be surprise if it didn’t happen.” That could be a little strong, but clearly reports that this was a done deal were very premature.

* Lowrie said his wrist feels good and he hopes to start swinging a bat on Jan. 1. He will then head down to Tampa to work out with trainer Jason Riley, the same guy Derek Jeter uses. Correction: Jeter uses the same guy Lowrie uses. Jed said he has been going there since he was in college.

* Terry Francona thinks the Sox could get more than people expect out of Boof Bonser. “He is somebody we have been interested in for a while now,” he said. Francona also said that Kevin Youkilis’ ability to play third base would give the Red Sox plenty of options assuming Lowell gets traded.

* Lucchino said he sympathized with fans who want action now given that the Yankees won the Series then went out and traded for Curtis Granderson. “We have a lot of days left before spring training,” he said. “We are going to improve this team, I can promise you that.”

* Finally, thanks to all of you who said hello today or stopped to talk a little ball. It was tremendous to see so many people at the park on a bitterly cold day. 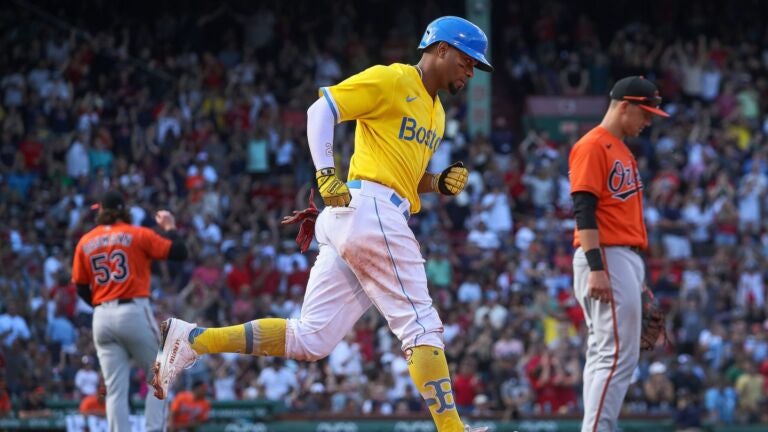