Just confirmed that Mike Cameron received two years and $15.5 million and will be in Boston Tuesday for a physical.

It’s interesting to watch the Red Sox change on the fly from a poor defensive team reliant on offense to a team more attuned to preventing runs via pitching and defense.

A rotation headlined by Jon Lester, Josh Beckett and John Lackey is essentially a trio of aces with Daisuke Matsuzaka a solid No. 4 assuming he shows up prepared. You can make the argument that they can now trade Clay Buchholz for a bat, but I personally believe they would be smarter to keep him and maintain the strength and depth of the rotation.

As it stands now, they have five legit starters and Tim Wakefield as a swingman. That is depth the Yankees — or any other team — cannot match at the moment.

A few other Cameron-related thoughts:

<li> Cameron has never started a game in left field in his career and last played there as a reserve in 2000. But he’s an accomplished enough athlete to play in left, especially at Fenway. His presence gives Terry Francona a lot of flexibility. He can rest Jacoby Ellsbury when needed and use Cameron in center with Jeremy Hermida in left. Or Cameron can play right field when J.D. Drew needs time off.

<li> You can crunch the numbers a lot of ways. But I think a full season of Victor Martinez, Scutaro at shortstop and Cameron in left will provide sufficient offense to cover the loss of Bay and Mike Lowell. Plus they could get more out of David Ortiz, who will be in the last year of his contract and needs to prove himself.

<li> I covered Cameron for a few years when he was with the Mets. Chemistry is generally overrated, but he’s a positive clubhouse presence and the kind of person who brings people together. You’ll like him, he’s funny. 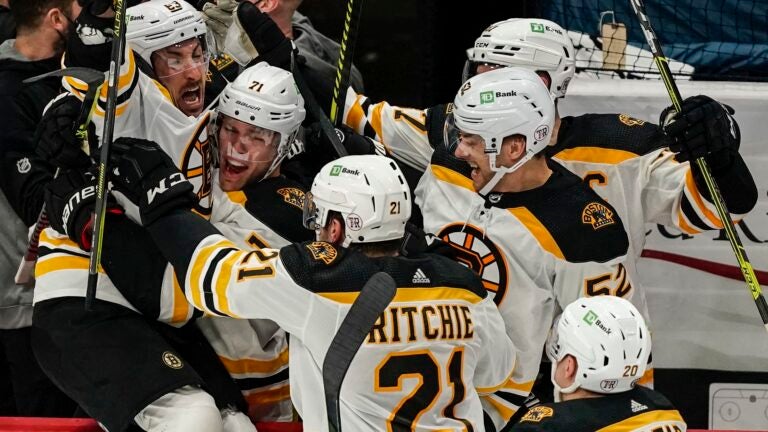