Today is a day for charity events.

I just got back from the The Jimmy Fund’s “New Stars for Young Stars event at Jillian’s, just a few steps away from Fenway Park. Jeremy Hermida and Manny Delcarmen were there signing autographs for folks along with a bunch of the top prospects including Ryan Westmoreland, Casey Kelly and Josh Reddick.

Westmoreland said the broken collarbone he suffered crashing into a wall in Lowell late last season has healed up. He had surgery to speed the process and is ready to start baseball activities.

Hermida is excited to be in Boston for a few days. He’ll be looking for a place to live and is eager to get started. “You look at what they did in the offseason and it’s exciting,” said the outfielder, who was obtained from the Marlins in November.

Also had a chance to speak to Casey Kelley, who is every bit of 6-foot-3 and has the body scouts look for in pitchers. As he gets older, I’d bet he adds a few mph on his fastball. Kelly will be in town for another two weeks for the team’s prospect development program.

Trot Nixon was there and said he is done with baseball after failing to make the Brewers last season. He has been a full-time dad since and plans to stick with that for now. “I’m finished as a player,” he said. “But I still have Theo’s cell phone number. I could be calling him down the road to badger him for a job in the minor leagues.”

This afternoon’s event is the Hot Stove/Cool Music roundtable at Fenway Park. The panel includes Theo Epstein and Omar Minaya. The moderator is Peter Gammons.

Check back for more later on. 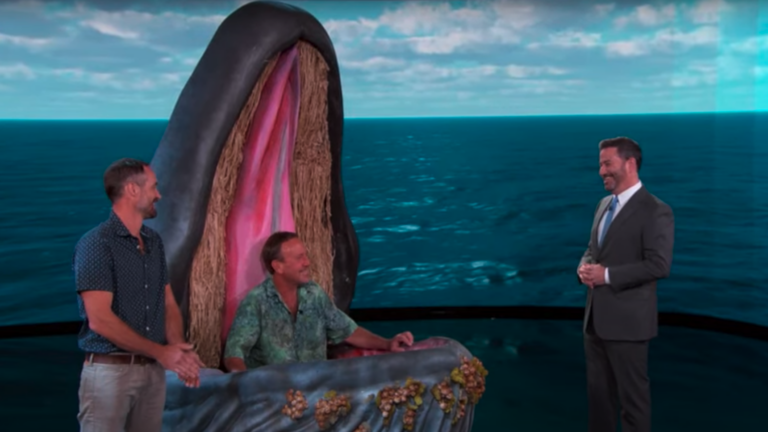 'I'm dead. This is how I'm gonna go': Jimmy Kimmel interviewed the man who was trapped inside a whale