FORT MYERS, Fla. — John Lackey threw 40 pitches off the mound today, 30 from the wind-up and the rest from the stretch. All were fastballs. He looked strong.

Lackey has started the last two seasons on the disabled list. He had inflammation in his elbow last season and in 2008 was sidelined with triceps tendinitis. The Red Sox had him come to Boston in January to learn some strengthening exercises. That sort of preventative maintenance can make a difference for a starter.

“We wanted to be aggressive with it,” Terry Francona said.

Tim Wakefield threw off the mound at the same time Lackey did. Wakefield is coming off back surgery and looked it. He appeared to have trouble following through and his delivery was not fluid.

That is probably to be expected given the surgery.

A few other notes for you:

* Today was report day for pitchers and catchers, which means just that. They need only to report that they are in the area. There is not yet any obligation to work out at the complex.

All of the pitchers expected to play a significant role this season have shown up. As for the catchers, Victor Martinez arrived around noon with his brother and unpacked his gear. Jason Varitek reported, but has not yet made an appearance.

* Righthander Jorge Sosa has visa issues in the Dominican Republic and will be delayed.

* New outfielder Jeremy Hermida arrived and was in the process of meeting his new teammates. “Feels weird to wear red after all those years in black and teal,” said the former Florida Marlin.

* Luis Tiant is in the house.

* Casey Kelly, who lives close by in Sarasota, arrived yesterday. He has been working out at the IMG facility in Bradenton. Kelly could commute back to his house but decided to rent a place in Fort Myers with catcher Tim Federowicz. “It doesn’t matter to me how many days I’m here,” Kelly said. “Every day is a learning experience. This is pretty cool.”

Lots more media here today. It has gone from two of us on Saturday to 50 or so today. The pitchers and catchers will have their physicals tomorrow and there will be conditioning tests. The first official workout will be Saturday. 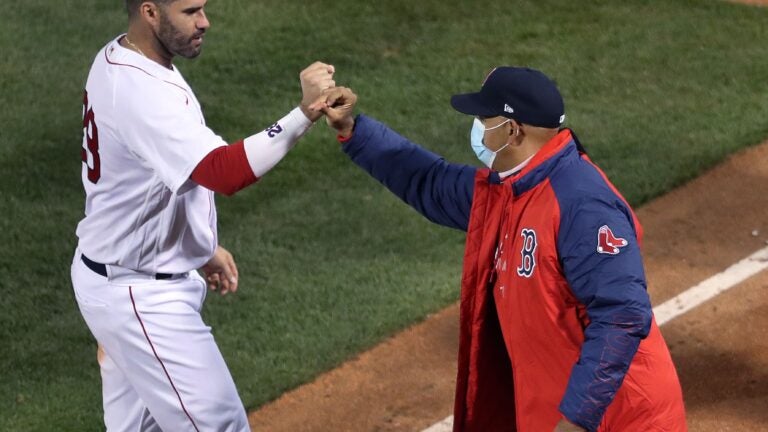