The goal today was to see Casey Kelly pitch and that was accomplished. It’s easy to see why the Red Sox invested so much in him. Kelly seems to produce his velocity without effort and has good command. His athletic ability serves him well and he has the sort of frame that will easily handle more muscle and probably add some bada-bing to his fastball.

Kelly threw in the bullpen to Victor Martinez as a bevy of team executives, including Theo Epstein, watched closely.

While watching the pitchers throw in the bullpen, it was hard not to notice the chemistry between Martinez and Jason Varitek.

As catching instructor Gary Tuck put his charges through their drills, Varitek and Martinez stayed at each other’s side, giving words of encouragement. One of the drills involved catching little gumball-sized baseballs with your fingers to improve hand/eye coordination. As Tuck flips the balls one after another, it’s virtually impossible to keep up and the balls skip away. Varitek stayed around to help Martinez gather them up and Martinez did the same for Varitek.

Once the bullpens were over and the last drill finished, the catchers jogged off to another field for conditioning. Four of the young catchers took off, but Varitek stayed behind to wait for Martinez to load up his equipment bag and they headed off together.

It’s just a little courtesy and probably no big deal. But it speaks to Varitek being comfortable with Martinez and working for the common good of the team as opposed to being worried about losing his job as a starter. It’s that sort of thing that fosters good team chemistry over a long haul. 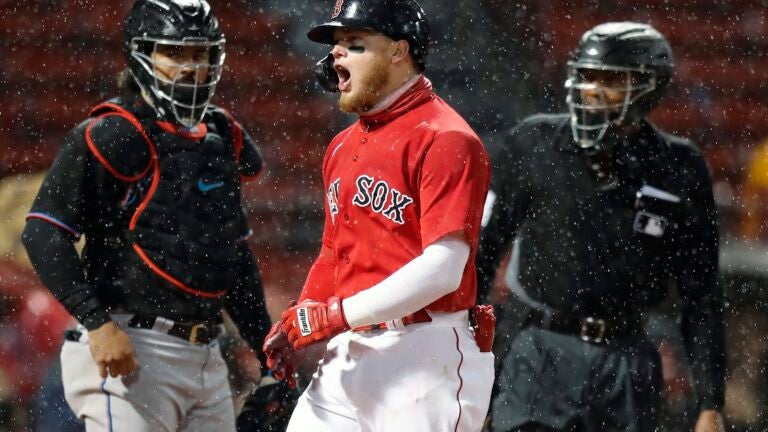