Jon Lester lasted five innings tonight, as did A.J. Burnett. It came down to the bullpens and this is what happened:

The Yankees were excited about Chamberlain. He averaged 96.2 mph on five fastballs and 86.5 mph on four sliders. With a runner on second and one out in the eighth inning, Adrian Beltre went down swinging at a 96-mph fastball and J.D. Drew on an 87-mph slider. This was the Chamberlain of 2008, not the tentative pitcher of 2009.

“Joba was great. It shows you what he’s capable of doing,” Jorge Posada said. “His slider was nasty. It really was. It was biting; it was hard. He was getting strike one with his fastball.”

Terry Francona played his best card in the seventh inning, using Daniel Bard against the meat of the Yankees order. That left him with Hideki Okajima in the eighth inning and he staggered through 32 pitches, undone by a Marco Scutaro error that led to a bases-loaded walk by Nick Johnson.

That was the run the Yankees needed. 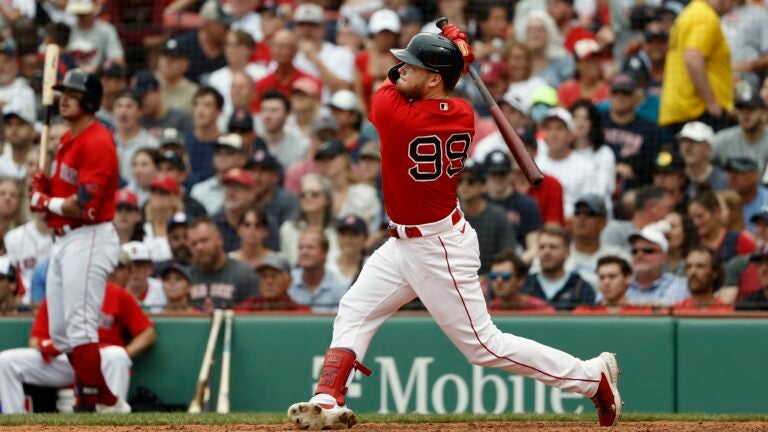