Yellow cab, gypsy cab, dollar cab, holla back. Fueled by Jay-Z and a Red Bull, here are the lineups:

State of the Sox: The Red Sox have lost three of their last four including the final two games of their series in Detroit.

State of the ‘Stripes: The Yankees took two of three from the Twins over the weekend but overall have dropped five of their last eight games.

Looking up: The Yankees trail the Tampa Bay (We Ain’t Going Away) Rays by two games. The Sox trail the Rays by 7.5 games. The Rays host Cleveland tonight.

Dice-K’s day: Matsuzaka is coming off his best start of the season and one of his best ever for the Sox. He held Toronto to one run on three hits over seven innings on Tuesday and struck out nine without a walk.

Matsuzaka is 3-3 with a 5.39 ERA in seven career starts against the Yankees. He beat them in the Bronx last Sept. 26, allowing one run over seven innings.

Phil Franchise: Hughes has been a revelation this season. His BAbip of .223 suggests his ERA will eventually climb. But, still, he has been impressive. The Yankees are 5-1 in the games he has started this season since wrestling a rotation spot away from Joba Chamberlain in spring training.

The clutch is stuck: The Red Sox were 6-28 with runners in scoring position in Detroit.

Pricey players: The Yankees and Red Sox have the two highest payrolls in the game. Based on Opening Day rosters, there will $369,080,722 worth of talent on display tonight.

Set him up: Jonathan Papelbon has allowed one run on three hits and struck out seven in his last 8.1 innings.

On the iPod right now: The aforementioned Mr. Carter doing “Excuse Me Miss.”

Back with much, much more later including a live blog of the game. 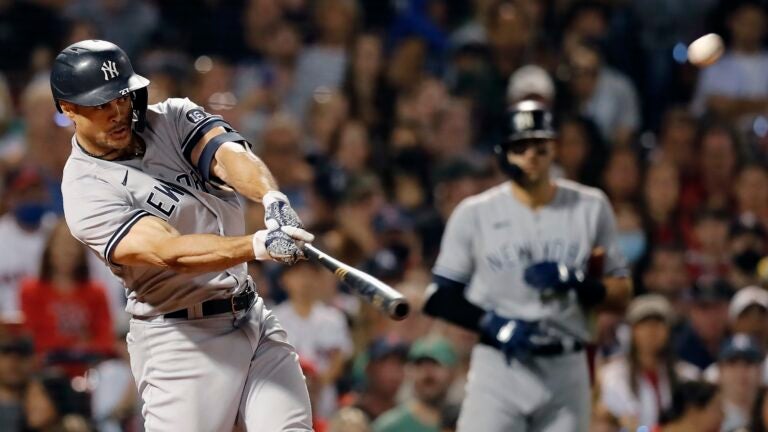