The Fourth-Annual Beckett Bowl will be at the Lucky Strike Lanes in Boston on July 29.

The event, sponsored by Foxwoods Resort Casino, starts at 6 p.m. with a red-carpet event. The bowling tournament starts at 7:15 and the night will conclude with a with a concert by country music sensation Jason Aldean at the Absolut Beckett Bowl Concert presented by MGM Grand at Foxwoods at the House of Blues Boston.

A limited number of tickets for both the bowling tournament and after-party concert are on sale through ticketmaster.com. Tickets to attend the bowling event and concert are $250 and tickets for the concert only $40. Fans can purchase a VIP concert ticket for $125 which includes a meet & greet with Jason Aldean and a reserved seat at the House of Blues.

The all-star lineup of celebrities participating in the 2010 Beckett Bowl includes current and past Red Sox, Patriots, Celtics, Bruins, and Revolution players, along with actors, comedians, musicians and celebrity chefs with New England ties.

The annual fundraising event is organized by The Josh Beckett Foundation, which supports community-based programs that improve the health and well-being of children, especially those who are seriously ill, disabled, poor or otherwise disadvantaged. Since its inception in 2007, Beckett Bowl has raised more than $750,000 to benefit the Foundation and the event’s primary beneficiary, Children’s Hospital Boston. Monies from these efforts facilitated the opening of The Josh Beckett Cancer Treatment room at Children’s Hospital Boston in 2009.

The Josh Beckett Foundation is also hosting the Beckett Bowl Ultimate Raffle in partnership with the Red Sox Foundation, with proceeds benefiting both organizations.

Fans have a chance to win 19 different items by purchasing raffle tickets for only $5 each. The one-of-a-kind grand prize includes two tickets to Beckett Bowl. The winner and a guest will also have the exclusive chance to watch a future Red Sox game against the Yankees from Beckett’s personal seats at Fenway.

Fans can purchase raffle tickets for the Beckett Bowl Ultimate Raffle for only $5 at RedSox.com/Beckett. 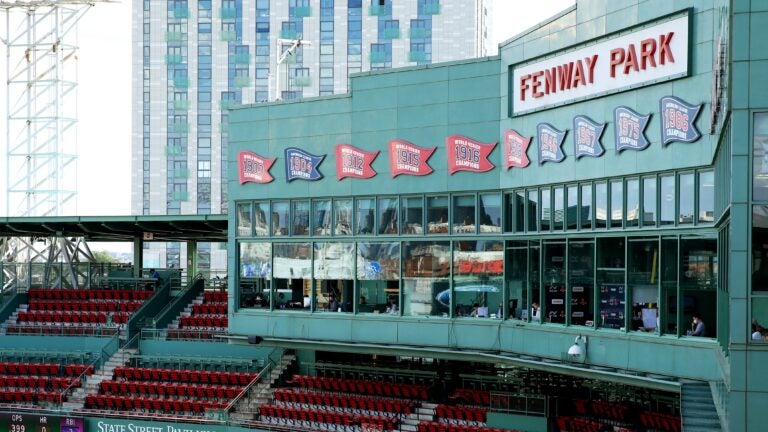 Topgolf is coming to Fenway Park in November