There weren’t any jobs open in spring training for the Red Sox outside of the last spot in the bullpen. So the media dutifully examined, re-examined and then examined again the pros and cons of Boof Bonser, Alan Embree, Joe Nelson and Scott Schoeneweis.

We probably killed off a small forest printing stories about these guys.

In retrospect, what a waste of time. All of them ended up on the 25-man roster at various points this season and didn’t last. Embree never actually pitched while Schoeneweis got the most work, appearing in 15 games.

Here’s what they accomplished:

Yikes. All four have been dropped from the roster. From what I can tell, Embree, Nelson and Schoeneweis have retired. Bonser was designated for assignment on Friday.

The Survivor: Fort Myers winner turned out to be Scott Atchison. He has been reinvented as a long reliever and in his last three appearances has allowed two runs on six hits over 8.1 innings while striking out eight with one walk.

Because he had a minor-league option remaining, Atchison has bounced back and forth from Pawtucket a few times. But Terry Francona said they’d like to keep him around because of his versatility.

Barring some other news breaking, I think that will be it for the blogging today. I’ll be on 98.5 TheSports Hub with Damon Amendolara tonight after 8 p.m. So check that out. D.A. runs a good show and is a friend o’ the blog. 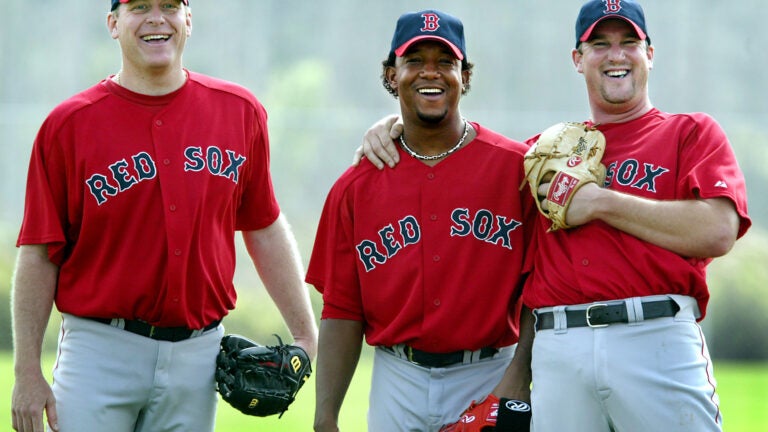 From Pedro to Sale: Ranking the Red Sox' starting rotations of the past 20 years