Jed Lowrie is playing in his first game since Oct. 4. 2009 starting at shortstop today.

Terry Francona wants to give Marco Scutaro a rest before the weekend series in Seattle. Lowrie is expected to move around the infield and Francona indicated he will work out at first base and give the team protection at that position.

Mike Cameron was in the lineup for the second straight day. Basically, Terry Francona said he has left it up to Cameron to see how he feels physically on back-to-back game situations. Cameron told Francona he was good to go today. Francona also said Cameron would likely not play all four games in Seattle.

Jeremy Hermida will be ready to go tomorrow in Seattle, fully recovered and rehabbed from five fractured ribs suffered in an Adrian Beltre collision June 11th. That will necessitate another roster move. That could be sending Daniel Nava back to Pawtucket.

Francona said he would likely stay away from Daniel Bard today.

The next big step for Victor Martinez is being able to take the constant impact of ball to glove on his catching hand from his broken left thumb. Once he can do that Francona said there will be no obstacles. Martinez will experiment with a couple of devices he can protect his thumbs with to see what feels the most comfortable. 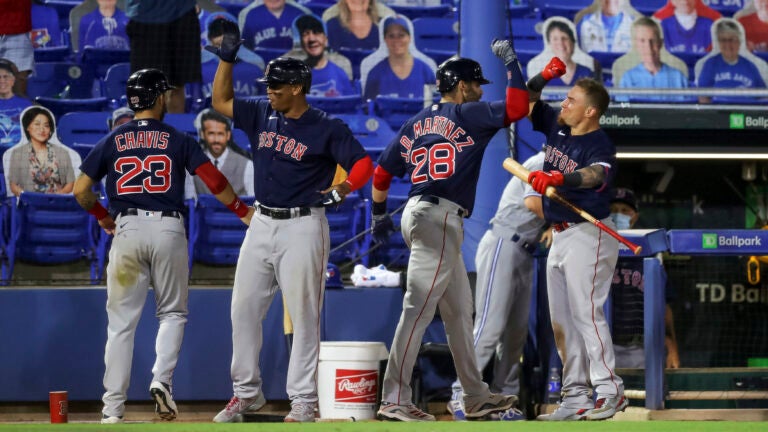