Here’s the latest on Dustin Pedroia:

Today was the second day he has played catch and taken grounders in his sneakers. He’s doing that only on grass to cushion his foot and, for now, staying off the dirt.

He’ll get checked out by a doctor in Los Angeles next week and a week from today get a third CT scan in Boston to see how the fracture has healed.

Best case scenario for getting back in the lineup?

“I don’t know. The doctors will handle that part. I can’t tell them when I can go out there and play,” Pedroia said. “They have to clear me to play and they’re doing a great job with all that stuff. Hopefully it’s as fast as possible.”

Pedroia has been taking BP every day in the cage wearing the boot.

“Hitting hasn’t been a problem. I feel just like I did when I was playing,” he said. “That’s the biggest thing, seeing the ball coming in. Hopefully when I’m healed but I’ll just get out there and play.” 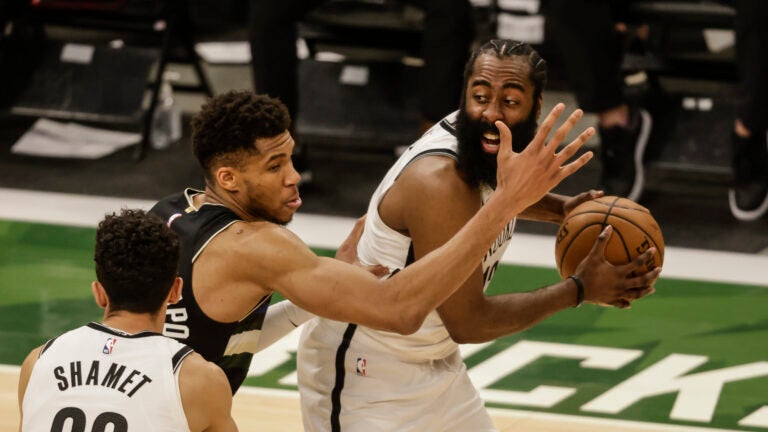 Bucks bounce back to beat Nets and force Game 7