Terry Francona confirmed our earlier Tweet and blog from this afternoon that Mike Lowell will not be activated. Lowell or his agents, the Levinson Brothers, have talked to Theo Epstein about Lowell working out with the team for a couple of days as the trade deadline passes, according to Francona.

The team is trying to deal Lowell, but could easily do so during the waiver period after July 31 as Lowell would easily pass through waivers. But the Red Sox may feel they can get something for him, either an American League team needing a hitter or an NL team needing a righthanded pinch-hitter. The Sox could release Lowell, but their willingness to keep him around means they feel they might have something brewing.

Francona also indicated Jacoby Ellsbury would work out with the team today and then go off and play for Pawtucket Saturday and Sunday. After that? Dare we say he could be activated?

Francona said the CT scans on the feet of Dustin Pedroia and Jason Varitek were positive. Pedroia, who had to be scaled back because he was doing too much on the West Coast, was given the OK to continue activities like taking ground balls and running. Francona emphasized that Pedroia was showing signs of healing, but was not yet healed. Jason Varitek is off crutches and starting to do more as well.

Trevor Hoffman has told the Brewers he’d like to remain with them and will therefore is not expected to be dealt to the Red Sox. 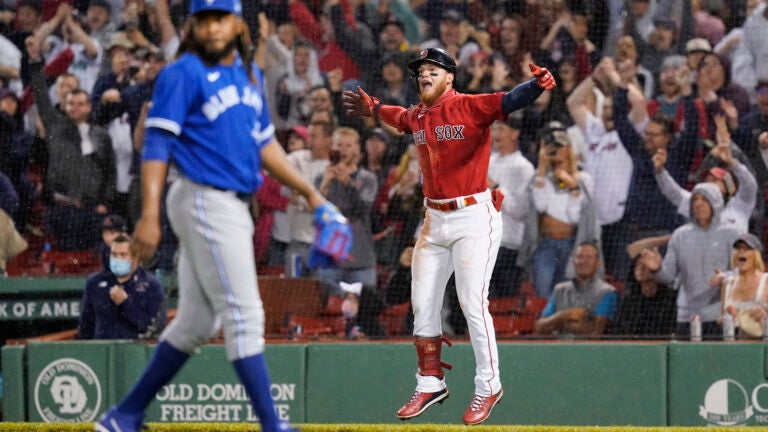