Alex Rodriguez was at third base in batting practice a few minutes ago when he was struck in the left leg by a ball hit by Lance Berkman.

Limping badly, Rodriguez made his way behind the screen behind second base and collapsed to the grass. He was then escorted off the field by team medical personnel.

No word on his status yet.

UPDATE, 2:30 p.m.: A-Rod is out of the lineup with what the Yankees are saying is a contusion on his lower left leg. Ramiro Pena is the new third baseman.

Rodriguez will get X-rays soon. A team spokesman described A-Rod’s leg as being “tender and swollen.” The ball hit him in the lower part of the shin.

Derek Jeter said he thought the ball bounced. Jeter was laughing as he watched Rodriguez stagger across the field. “He always does that when he gets hit,” Jeter said.

UPDATE, 2:53 p.m.: Berkman has not exactly endeared himself to Yankees fans so far. He’s 2 for 19 since the trade from Houston with one RBI in five games. Now he’s knocked out A-Rod out of at least one game.

“It’s my contribution to the Yankees so far — not the greatest,” he said. “I just remember hitting it and cringing, because it was headed right for him … I hit it hard, so I hope he’s not out very long.”

UPDATE, 4:24 p.m.: X-rays were negative. Yankees GM Brian Cashman told the Globe that Rodriguez was not seriously injured and is day-to-day.

UPDATE, 4:58 p.m.: File this under “Only A-Rod.” He was smoked by that ball because he was chatting up Joe Buck of Fox Sports at the time. Seriously. 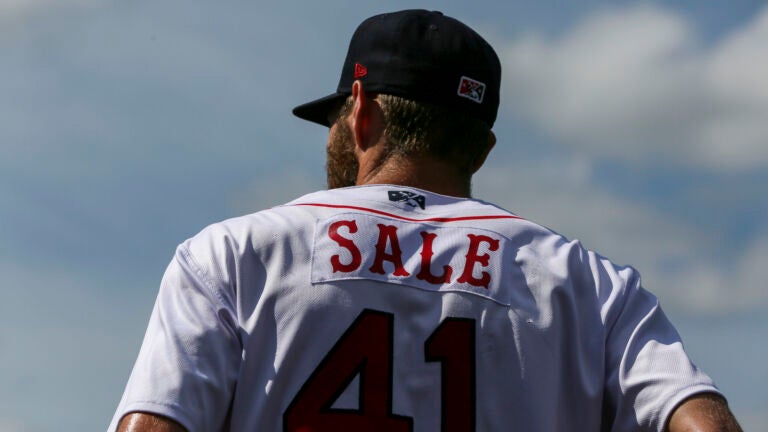