FORT MYERS, Fla. — J.D. Drew was the second overall pick of the 1997 draft by the Phillies and elected not to sign. He played independent ball instead and signed with the Cardinals the following season.

On Aug. 11, 1999, Drew had to duck batteries during a game played in Philadelphia and so much debris was thrown on the field that the umpires had to briefly suspend play to get it cleaned up.

That all was a long, long time ago. But a Philadelphia Inquirer sportswriter named T.J. Furman wrote on March 5: “You’ll get one more chance to let J.D. know how you feel about him when the Sox come to town June 28-30. Get your D-cells ready.”

The last line of that paragraph was removed from the online version of the story. When the Globe asked Furman about what he wrote, he directed us to an editor’s note that appeared in the Inquirer.

“In Saturday’s “High & Inside” column, The Inquirer made a regretful attempt at humor in a reference to Boston Red Sox outfielder J.D. Drew’s coming to Philadelphia to play against the Phillies in June. The sentence, “Get your D-cells ready,” should have been edited out of the story. Any reference to throwing batteries at a player is neither funny nor acceptable.”

Make of this what you will. At best, it’s in poor taste. At worst, it’s encouraging assault. Given the often bad behavior of fans in Philadelphia, it’s not something to be taken lightly. There are many players in baseball who will not allow their families to go to Citizens Bank Park because of how some people there act.

Hopefully the Phillies will provide extra security in right field for those games and if not, the Red Sox should request it through Major League Baseball.

Send the bill to the Inquirer. 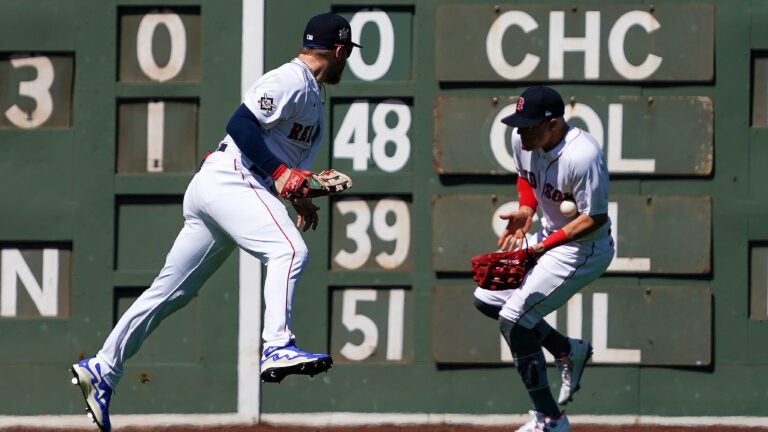 4 takeaways as Red Sox stumble through Fenway opener against Twins