FORT MYERS, Fla. — The Red Sox pitchers and catchers will have their physicals today, so this day is a bit skewed as a small army of doctors and trainers check them out.

Alfredo Aceves arrived last night, so everybody who is supposed to report has reported.

Carl Crawford walked in this morning, joining some of the early arrivals among the position players. Kevin Youkilis, Mike Aviles, Will Middlebrooks and Ryan Kalish got in last week.

It’s a frigid 63 in the Fort this morning. Hopefully everybody will be OK.

According to the duty sheet in the clubhouse, Jon Lester, Clay Buchholz, Daniel Bard and Andrew Bailey are scheduled to throw bullpens later on today. Aceves, too.

Check back later for more coverage. Also, I’ll be on 98.5 The Sports Hub every day this week at 3 p.m. with a report from camp. So tune in for that. 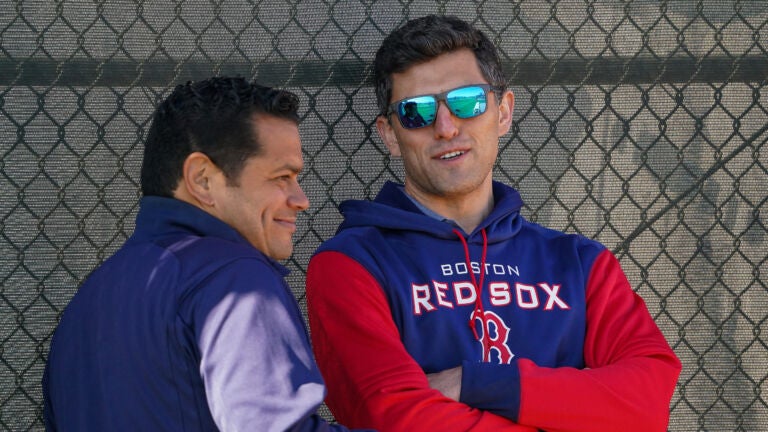