FORT MYERS, Fla. — The Orioles started Manny Machado, the third overall pick of the 2010 draft, in the split-squad game at JetBlue Park. A Miami native, Machado rooted for the Marlins as an 11-year-old in 2003 when Josh Beckett led them to the World Series.

“I’m pretty excited for that,” the 19-year-old Machado said before the game. “I have seen him since I was a little kid.”

“That means I’m getting old,” Beckett said with a smile when he found out.

Machado faced Beckett once and grounded to shortstop.

“I guess he wasn’t a Josh Beckett fan because he sure was taking some
hard swings,” Beckett said.

Machado later walked twice. After the game, he was pleased with his first start of the spring for the major league team.

“Great experience, I felt good out there and I thought I had some good quality at-bats. It was a good game overall,” he said. “[Beckett] is a hell of a pitcher. He’s got good stuff. Hopefully, I will be seeing him soon.”

Also in the Fort:

• The Red Sox rented out the Bass Pro Shop in Fort Myers for a team outing after today’s game against the Rays in Port Charlotte. There will be a team dinner followed by competition in such events as crossbow shooting, fishing, air rifle and kayak racing.

• Daniel Bard and Alfredo Aceves have been split up in the rotation. Aceves will start a minor league game on Monday and Bard will start on Tuesday against the Blue Jays.

• Righthander Carlos Silva, who didn’t get beyond a few bullpen sessions before experiencing shoulder pain, was released. He was in camp on a minor league contract.

• Jarrod Saltalamacchia and Jose Iglesias did not play in either game. They stayed in Fort Myers to rest injuries and get some at-bats in minor league games. Saltalamacchia was 2 for 5 with a double and a walk for Single-A Salem and Greenville. Iglesias was 1 for 5 for Greenville.

Saltalamacchia, who has bursitis in his left hip, is tentatively scheduled to start against the Rays in Port Charlotte on Sunday.

“I haven’t seen bursitis in a long time. I think my Mom had it the last time I heard about it,” Valentine said.

Said Saltalamacchia: “I could have been playing. But it was better to take care of it now. I’m fine.”

Iglesias hasn’t played since March 10 because of a groin strain and will sit at least another day.

Carl Crawford (left wrist) took 15 more swings at balls on a tee. The final five cuts were “aggressive,” according to Valentine. 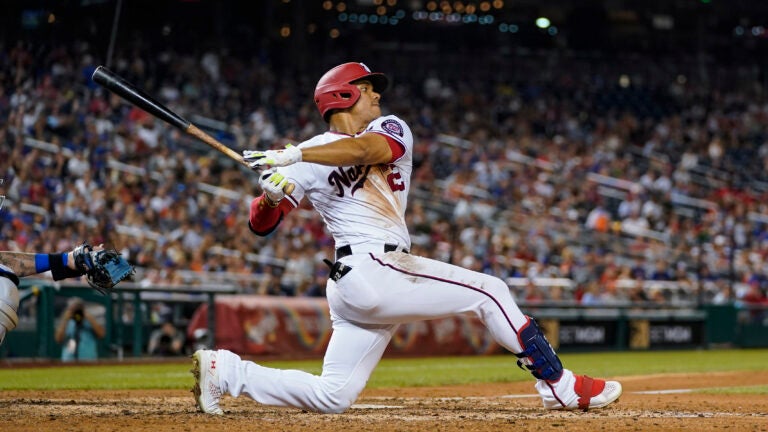