Red Sox president Larry Lucchino called into WEEI’s Dennis & Callahan show this morning and said the team will hold tryouts to replace Carl Beane as Fenway Park’s PA announcer. Beane died of a heart attack while driving in Sturbridge on May 9.

“What we’re looking for is a rising star,” Lucchino said. “We’re trying to find someone to fill a very big hole in the operation at Fenway Park. We lost Carl Beane tragically a few weeks ago and we’re trying to replace the voice of Fenway Park.”

Lucchino went on to announce that WEEI’s Jon Meterparel, part of the D&C morning show and Boston College Eagles play-by-play man, would get a tryout at Thursday night’s Red Sox-Tigers game at Fenway.

“We are going to be auditioning a number of people. It’s a highly sought-after position, but our college of cardinals over at Fenway was considering various possibilities and we thought we should invite [Meterparel] to step up to this position and see how it goes.”

Lucchino said it would be a competition and the team would go through a list and try to determine some finalists for the position. Lucchino also said he’s been speaking to his assistant, Dr. Charles Steinberg, about an idea to have the PA announcer say the balls and strikes count after each pitch, but said since no one has done this, he would have to get permission from Major League Baseball “down the road.”

“I would be absolutely honored [to tryout] …” Meterparel said. “This is on my bucket list to do PA at Fenway for one game.”

Lucchino said the tryouts are on an invitation-only basis.

“We’ve got a ton of volunteers,” he said. “From school teachers, school principals… a variety of different professions, a dentist, a doctor.” 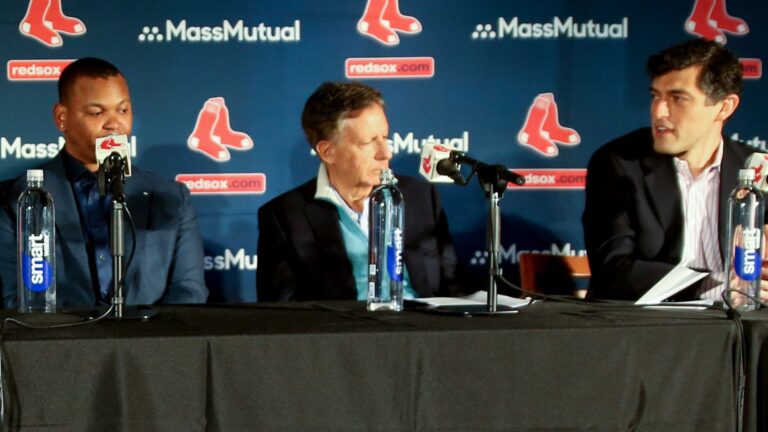