After three straight subpar appearances out of the Pawtucket bullpen, Daniel Bard threw a perfect seventh inning in relief during a 5-1 win against Charlotte Wednesday night, at once a confidence booster and a sign of progression as he aims to work out the kinks in Triple A.

In his previous three appearances, Bard allowed three runs in four innings, allowing five hits and walking three. Before throwing 1.2 scoreless innings Sunday, Bard had blown consecutive save opportunities. On Wednesday, he entered with a 4-1 lead.

“The previous two outings weren’t very good, so that’s why we’ve went back to square one,” manager Arnie Beyeler said. “We threw him in the fire in some save situations maybe a bit too quickly, but that’s what it’s about. We’ll get him a couple good outings and throw him in the fire.”

Against the Knights, Bard was efficient, striking out Josh Phegley looking on a 1-2 slider and getting groundouts from Drew Garcia and Osvaldo Martinez. Bard’s fastball velocity hovered around the 94-95 mile per hour range.

“Baby steps, but he had a clean inning,” Beyeler said. “Threw strikes and the velocity was up. We’ll see, we’ll move on from there and keep rolling.” 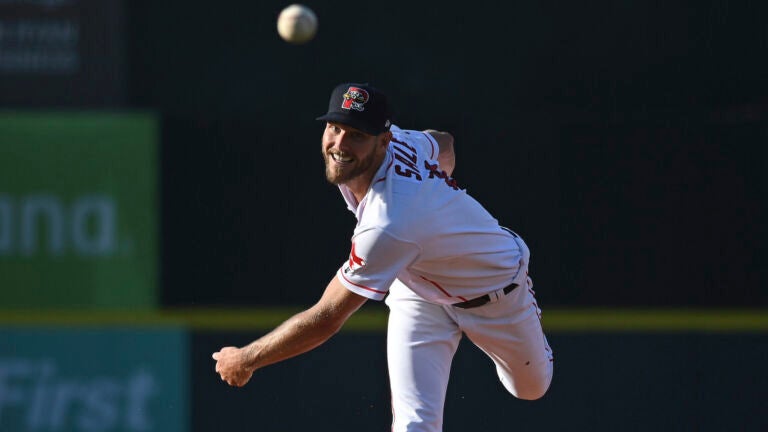