A very happy 60th birthday to Hall of Famer Jim Ed Rice, a man who had 406 total bases in 1978 and hit 46 home runs when that meant something.

Of all the different people I’ve had the great privilege of getting to know in the last few years on the Sox beat, Jim is one of the best. He has gone out of his way to be friendly, informative about baseball and gracious.

If NESN wanted a ratings bonanza, they would have a show with Jim and Luis Tiant and just let them tell stories. Jim and El Tiante are great friends, golf partners and are constantly needling each other.

Jim was 4 for 21 off Luis in his career and they still playfully argue about every plate appearance. To hear Jim tell the tale, most of the outs were line drives. Luis, of course, says they were pop-ups. It’s incredibly fun to stand there and listen to them talk.

It would be fun to tell you what they say, but this is a family blog. Let’s just say it’s colorful.

If you grew up in New England in the 1970s and ’80s and watched Sox games, you know how important guys like Rice, Freddy Lynn, Dewey Evans, Yaz and Pudge Fisk were. They seemed like giants when you were a kid.

Then you get to meet them and they’re just people. When they turn out to be nice people, it makes your day. 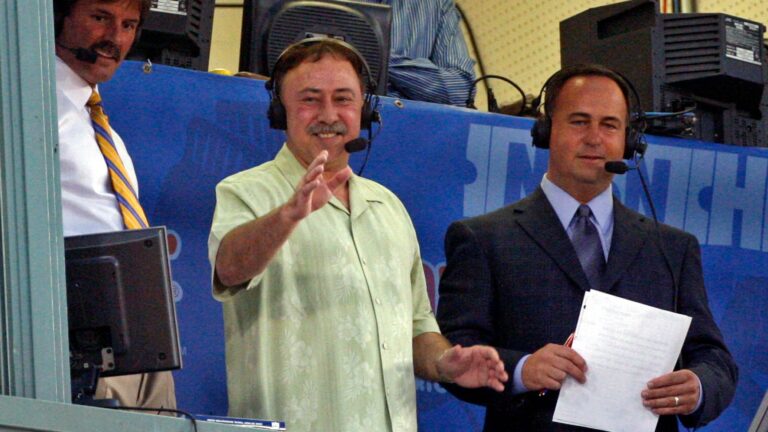 Dennis Eckersley on making Jerry Remy laugh, and what he said in his final Fenway appearance