The last thing the Red Sox need is another player going down with an injury but that’s what happened tonight in Chicago.

Red Sox first baseman Mike Napoli left tonight’s game against the White Sox in Chicago after he dislocated his left ring finger after jamming his hand sliding head-first into second base. But X-rays were negative and there was no break.

“Good dirtball read like that, I was digging myself, and then I looked at my finger and it’s freakin’ sideways so it’s good news it’s not broken,” Napoli said. “I know I hit the bag pretty hard and I looked and it was right there in front of my face, then I saw it and I went, ‘oh, God’ [umpire] Jim Joyce was going ‘oh my God,’ calling for the trainer. It’ll be all right.”

Red Sox manager John Farrell did not think the finger would keep Napoli out of the lineup for an extended period of time.
“He was back getting some treatment on it,” Farrell said on the Napoli injury after the game. “The dislocation of the left ring finger was re-set and I haven’t had a chance to talk to him, he was already in the shower here so we’re looking at this as day-to-day right now.”
Napoli walked with one out in the ninth inning of a 1-1 game when reliever Donnie Veal bounced a pitch to A.J. Pierzynski, Napoli took off for second base and beat the throw from White Sox catcher Tyler Flowers but came up holding his left hand after the slide and the ring finger was out of place per the NESN screenshot above. Dustin Pedroia ran for Napoli at second base but was stranded when Mike Carp grounded to reliever Daniel Webb.
Napoli said he doesn’t go for the head-first slide often in that situation, but he wanted to get to the bag as quickly as possible. 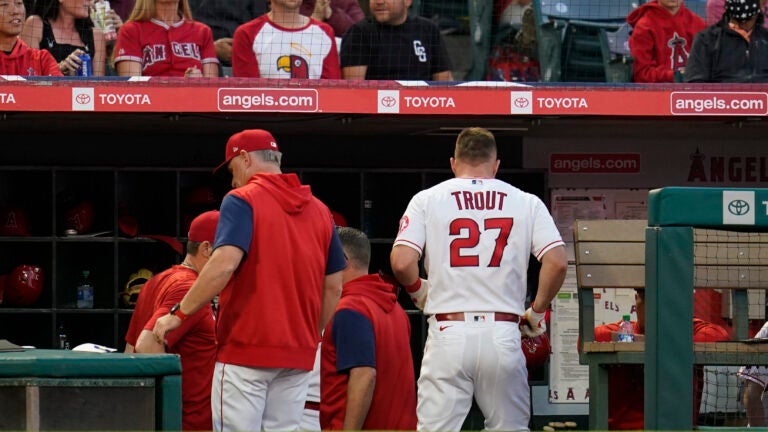