With the Red Sox offense looking as ineffective as ever over the past few games, the team needed a very strong start for Rubby De La Rosa, but the young righthander wasn’t able to deliver.

De La Rosa gave up four runs in 5 2/3 innings of work, allowing seven hits with two walks and seven strikeouts. Baltimore held a 4-0 lead as the game went to a delay in the middle of the seventh, eventually winning 6-0.

The Orioles jumped all over him in the first inning, as Steve Pearce drew a one-out walk and Adam Jones drove him in on a double to left. Nelson Cruz flew out for the second out of the inning, but Chris Davis unloaded a deep homer to right that made it 3-0 before J.J. Hardy grounded out to end the frame.

De La Rosa seemed to get it together over the next couple of innings, retiring six of the seven batters he saw in the second and third.
Baltimore tacked on another in the fourth inning, when Nick Hundley singled to right and scored Hardy from second base. It looked like it would be 5-0 after Nick Markakis grounded to Xander Bogaerts, who flipped late to Dustin Pedroia at second, but the Red Sox challenged the “safe” call and won, ending the inning.
After allowing a single to Pearce to lead off the fifth, De La Rosa stuck out the side to keep it 4-0 O’s. He was pulled with two outs in the sixth inning after walking Schoop. Edward Mujica came in and retired Hundley to end the sixth inning.
Since a phenomenal Red Sox starting debut on May 31 against the Rays, when he threw seven innings of shutout, four-hit ball while walking no one and striking out eight, De La Rosa has struggled with his command, and the results have been eight runs on 16 hits with four walks and 12 strikeouts in 11 1/3 innings of work. 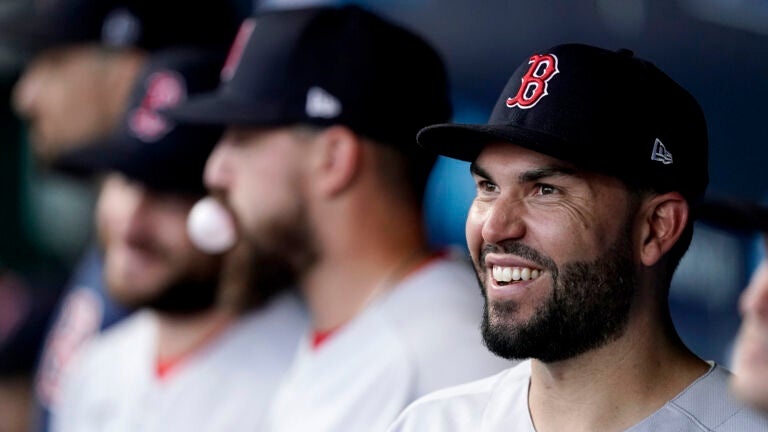