I often think of the baseball season as a magnificent banquet, beginning with appetizers and hopefully ending with champagne, and sadly, sometimes, humble pie. This line of thinking on my part might perhaps be one of the reasons I have a waistline of Sandovalian proportions.

Spring training is the time of the year where I repeat my “Do not get injured mantra,” and I just munch on empty junk food waiting for the season to begin. As much as I love the baseball, I’m with the writer Jerry Izenberg who declared, “Watching a spring training game is as exciting as watching a tree form its annual ring.”

Now I don’t deny the importance of spring training for the player. While Sandy Koufax asserted, “People who write about spring training not being necessary have never tried to throw a baseball,” I also know that spring training stats are the only numbers less meaningful than September stats.

But channeling the memory of Harry Carey, who while rehearsing his “Holy Cow!” said, “It’s the fans that need spring training. You gotta get ’em interested. Wake ’em up and let ’em know that their season is coming, the good times are gonna roll.”

Here are some numbers From the Bill Chuck Files to get you into the mood for our 162-game feast.

1. Dustin Pedroia has played in 1151 big league games, all with the Red Sox. The 1151 games are the same number of career games played by the Hit Man, Mike Easler, (he played 311 of his games with Boston). Pedey is 17th on the all-time Sox list for games played and he needs 118 to tie him with Mike Greenwell for the 13th most games in Boston history.

2. Hanley Ramirez is nine homers away from the 200 mark. His 191 homers in 1223 games tie him with Hal McRae, the former Reds and Royals outfielder, who finished his career with that total in 2084 games. Jason Varitek hit 193 homers in 1546 games for Boston.

4. David Ortiz has 976 walks, the fifth most Red Sox history; he needs 28 to catch Wade Boggs for fourth place. Ted Williams drew 2012 walks, the most in Boston history. Intentional walks have not been tracked from baseball’s beginnings, but Carl Yastrzemski is the Red Sox all-time leader with 190, followed by Big Papi with 165.

5. The active stolen base leader for the Sox is wearing pinstripes right now as Jacoby Ellsbury stole 241 bases for Boston. The leader currently playing for the team is Pedroia with 125 steals followed by Shane Victorino who has swiped 23 bags, the same number that Carl Crawford had while in Boston.

7. Clay Buchholz has 699 strikeouts in his career (the same as immortals Jeremy Affeldt and Neal Heaton), which puts him 20th on the all-time Red Sox list. If Clay adds another 123 this season with Boston, it would bump him all the way to number 11 on the all-time Sox list leapfrogging Earl Wilson, Mel Parnell, Lefty Grove, Dennis Eckersley, Jim Lonborg and Ray Culp.

8. John Farrell has a managerial record of 168-156 (.519) with Boston. Those regular season wins rank him 20th on the Boston all-time list, three behind Kevin Kennedy, 20 behind Grady Little, and 39 behind Butch Hobson. A 92-win season would tie him with Dick Williams’ 260 victories for 12th place on the Sox list.

9. I love closing with Koji Uehara, who has 47 saves with Boston, which is second amongst all active closers, only trailing Jonathan Papelbon’s 219. Koji is already 14th on the all-time Sox saves list, currently tied with Keith Foulke, just one behind Heathcliff Slocumb and Mike Fornieles. If Koji earns 22 saves this season, he’ll be tied with Sparky Lyle for seventh place all-time with the Sox, one ahead of Tom Gordon.

But what is the most important number of spring training?

The shrinking number of days until Opening Day. 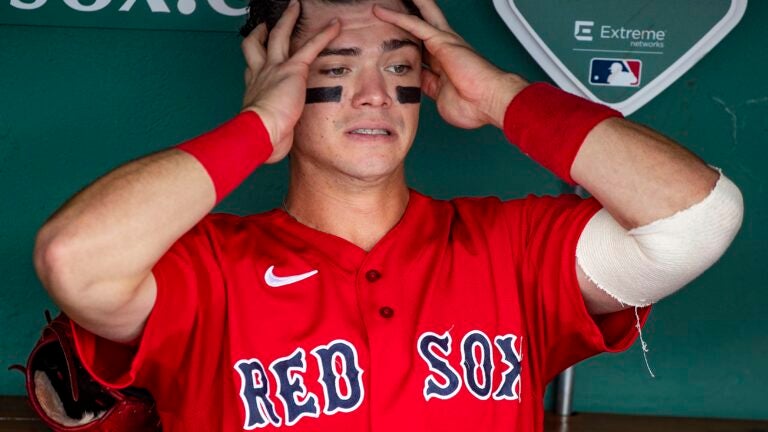