The Red Sox have decided to expand third baseman Garin Cecchini’s versatility in the field, announcing on Thursday that he will see time at first base and in the outfield at Triple-A. Barry Chin/Globe Staff

Despite locking up Pablo Sandoval for the next half-decade, the Red Sox still have high hopes for third baseman Garin Cecchini, and that means expanding his versatility in the field.

Along with his natural position at the hot corner, the Red Sox plan to have the 23-year-old spend time at first base and in left field, manager John Farrell told reporters before the team’s spring training tilt against the Minnesota Twins on Thursday.

Garin Cecchini will get reps at first base and left field on the minor-league side. Farrell noted Sandoval “entrenched” at third base.

Farrell says Cecchini (optioned today) will play 3B, 1B, LF in Pawtucket.

Red Sox have plans to have Cecchini play OF, 1B in Pawtucket to increase his versatility.

Cecchini, who was optioned to Triple-A Pawtucket on Thursday, hit .282 in 14 games with the Red Sox this spring. He has been ranked as one of the Sox top prospects since he was taken by the team in the fourth round of the 2010 draft. Ranked by Baseball America as the No. 7 prospect in the Red Sox system after each of the 2010, 2011 and 2012 seasons, Cecchini moved up to No. 6 in 2013, while also being named the No. 74 prospect in all of baseball. As of spring training 2015, Cecchini was listed as the Red Sox No. 3 prospect by MLB.com, behind only Henry Owens and Blake Swihart.

After spending a vast portion of 2013 in Double-A Portland, Cecchini got the bump to Pawtucket full-time in 2014. He hit .263 in his first season at Triple-A with seven home runs and 57 RBIs with an OPS of .712. Cehcchini batted .306 with five RBIs in the postseason for the PawSox, as the club captured their second Governors’ Cup championship in three seasons.

Cecchini got his first taste of the big leagues in 2014, earning his first Red Sox call up on June 1. He made his major league debut that same day, playing third base while collecting his first big league hit and RBI (both coming on an RBI double in the bottom of the seventh).

Playing 11 games for the Sox last season, Cecchini hit .282 with three doubles, a home run and four RBIs in 31 at bats. Adding the ability to play first base and outfield would add important flexibility to Cecchini’s resume and give the Red Sox more options for one of their top prospects. 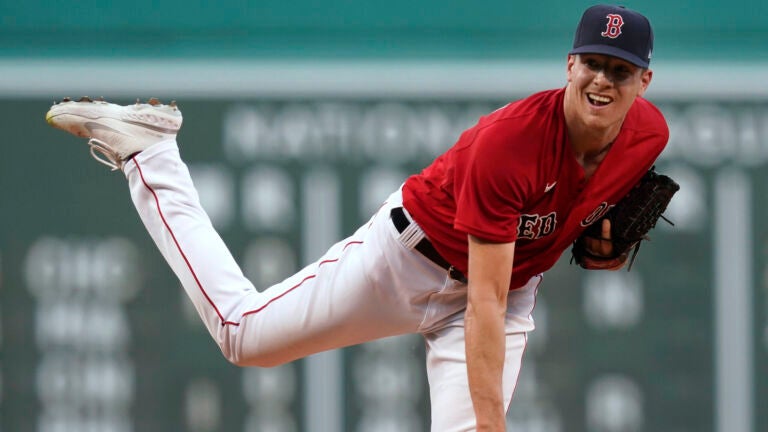