The eighth-inning home run shot by A-Rod was caught by Red Sox fan Mike Shuster, who immediately indicated that he was not going to give the ball to Rodriguez.

According to the New York Daily News, Shuster was unwilling to negotiate with one of the Yankees security staff who was attempting to get the ball back to Rodriguez. A member of the Red Sox security staff then offered Shuster several Ortiz-signed souvenirs, but was rebuffed.

“That is not OK with me at all,” Ortiz subsequently told the Daily News on Saturday. “That’s not the way it’s supposed to work. They’re supposed to ask me before any of my [items] get offered to anyone.”

Ortiz said the fact that the home run ball came off the bat of the controversial Rodriguez has nothing to do with his feelings on the matter.

“It’s not because they were doing this for A-Rod’s ball,” Ortiz said. “It’s because they’re supposed to ask me before any of my [expletive] get offered to anyone… And if Alex really wanted the ball and they did this thing right, of course I’d sign some [items].”

“It’s obviously a fraction of what it would be if it wasn’t shrouded in controversy,” Imler said. The controversy stems from the fact that A-Rod is coming off a 162-game suspension for his involvement in the Biogenesis PED scandal.

In an interview with Ken Rosenthal of Fox Sports during spring training, Ortiz spoke about his relationship with Rodriguez, who was previously a good friend, but whose attorney implied on the radio last year that Big Papi was also a player who, along with A-Rod, also used PEDs.

“I control my side. I control my people. He should do the same thing with the people who are around him. Control what they say, or what they do. In the world we live in today, it can take you 20 years to get to the top, but it can take you five minutes to go to the bottom. We’ve got to be careful.”

Shuster remains undecided on what to do with the baseball and is considering options from donating it to the National Baseball Hall of Fame to blowing the ball up and recording the event on YouTube.

Shuster has started a Twitter account, @ARods660hrball, asking fans for ideas on what he should do with the baseball and pitching his story to television shows around the country.

Meanwhile, A-Rod and Yankees also continue to battle over a $6 million milestone bonus related to hitting the historic homer.

Stay tuned for the outcome. 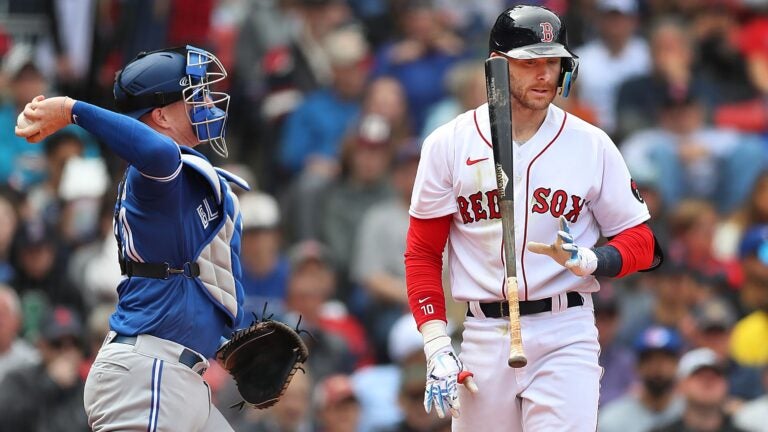 9 thoughts on the slow-starting Red Sox, beginning with their feeble bats