Pedro Martinez — as part of his non-stop, never-ending tour promoting his new book Pedro — talked out of school regarding Ramirez during an interview on “Late Night with Seth Meyers” this week.

The newly-elected Hall of Famer told Meyers the story of Manny bringing a bottle of Mama Juana — a drink from the Dominican which some claims to be an aphrodisiac — into the Red Sox clubhouse during the 2004 Red Sox-Yankees ALCS series. Pedro said he added gin, wine, and honey to Manny’s mix before Ramirez added one more key ingredient.

Pedro said veteran Ellis Burks came by — and since he wasn’t on the roster for the 2004 ALCS — offered to take a few sips of the concoction.

“We decided to let Ellis Burks try to taste it and I say, ‘You know, this Mama Juana, if you drink it, you might get turned on,'” Martinez said. “He said, ‘Oh, I’ll try it. I’ll try it. I’m not playing anyway.’ So he took it, it seemed like it worked. So everybody was coming up to him for a little shot.”

And when Manny wasn’t spiking drinks with Viagra, he was jumping into Pedro’s bed.

For the record, Viagra — the brand name for the drug Sildenafil – is not on MLB’s list of banned substances. 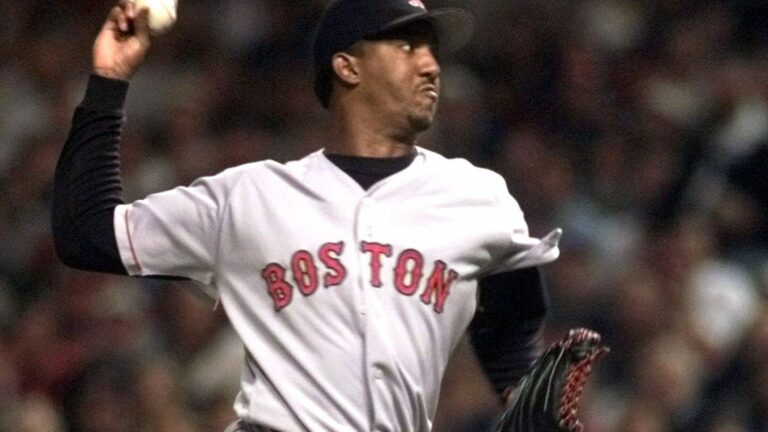