PRACTICE/LOCKER ROOM REPORT: Every player was present for the media access portion of practice today. … The team practiced in the stadium. … Linebacker Tedy Bruschi, during the team jog, finished in the lead group. … Kicker Adam Vinatieri, tight end Christian Fauria and linebackers Don Davis, Willie McGinest and Monty Beisel were a few players drawing larger media crowds during the locker room media access (11:15-11:55 a.m. ET). … The big theme in the locker room was how intensity rises in the playoffs. … Running back Corey Dillon was approached by reporters but declined an interview.

BELICHICK BITS: In his press conference, Bill Belichick opened by saying: “The more film I’ve watched on Jacksonville, and the closer you look at it, the more impressed I am with them.” … Belichick stressed the Jaguars’ physical style of play and said the team’s success in coming back and winning games is a result of “wearing people down” as well as their physical and mental toughness. … Belichick said the Jaguars’ cornerbacks regularly jam receivers at the line of scrimmage, so getting off the line will be a focus for receivers this week. … Belichick continues to stress that the team’s sole focus is on Jacksonville, noting “this is not the time to go sledding, or start any new projects, or model airplanes.” 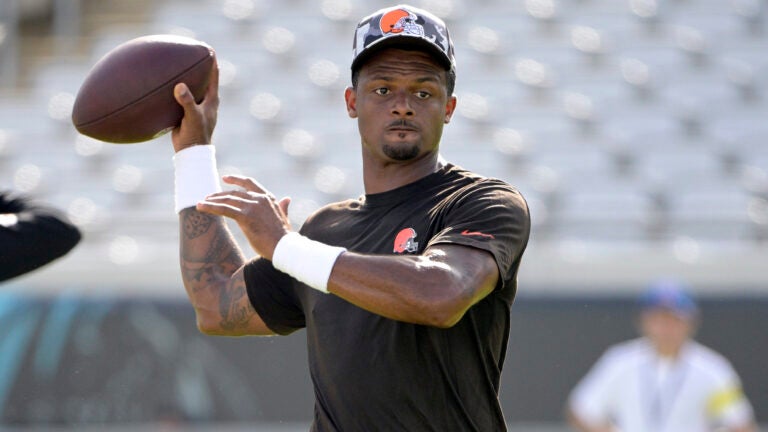