Opening statement
“Well, obviously, that was a game of big plays tonight. Denver made more than we did. I congratulate Mike [Shanahan] and the Broncos. They are a good football team and they earned the right to play here tonight. They played well and I give them credit for the way they performed and what they did, and for winning the game. We didn’t make the plays we needed to make to win. There isn’t much more to say.”

Can you comment on the turnovers, which were pretty uncharacteristic?
“It’s hard to win when you give the ball away.”

Did you get a good look on Asante Samuel’s pass interference call?
“I think I saw what the side judge saw.”

And it wasn’t the side judge that threw the flag, was it?
“Sure wasn’t. You have to go ask them what they saw.”

If Asante came up to you and said ‘What could I do better on that play?’ what could you tell him?
“I’d tell him the same thing the side judge told him.”

Could you comment on Benjamin Watson hustling and preventing that touchdown?
“It was a great effort on his part.”

Three championships in four years, two in a row, what did you tell these guys? They authored a pretty ride.
“Whatever I talked about with the team stays with the team.”

What do you think?
“Some of the guys on this team weren’t on the other team. I was proud of the effort all year. I thought we fought hard and I thought they fought through a lot of the adversity. We just didn’t play well enough today. Denver played better and that’s why they won the game.”

Coming into this game, did you feel like you were hitting your stride?
“I thought we needed to play our best game tonight to win.”

You had four fumbles last week and recovered all of them, so that had to be talked about during the week, right?
“Right.”

Can you talk about the turn of events when you’re ready to score, then the interception to Champ Bailey…
“I thought it was competitive all night. It was a game of big plays. They made more than we did. I don’t know how else to put it.”

On Watson’s hustle play, was that challenge just to take a chance that the ball might have been knocked out of the end zone?
“It definitely went out.”

Out of the end zone?
“It went out of his hand. They reviewed the play, go ask them.”

More to come later in the night. 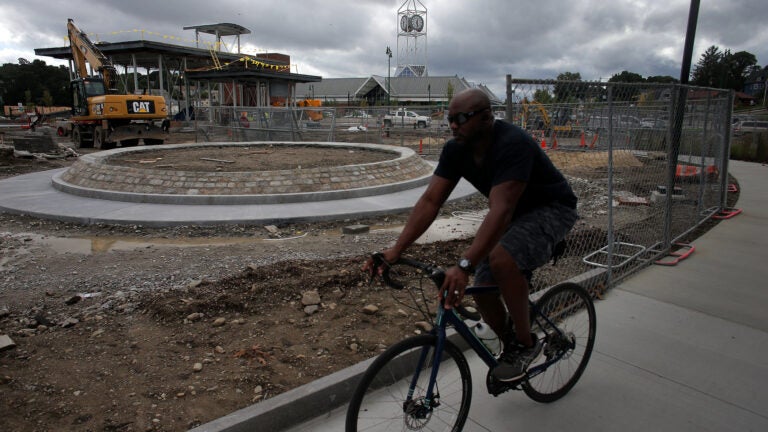