A few quick hits around the NFL and with the Patriots:

* The Patriots are now in phase three of the offseason program. The program, which started in late March, has four phases. The team has its lone mandatory minicamp scheduled for June 13-14.

* ESPN.com’s Len Pasquarelli reports in his Insider Tip Sheet (bottom part of article) that Patriots coaches have been impressed with the work of sixth-round pick Jeremy Mincey (outside linebacker) and undrafted free agent Freddie Roach (inside linebacker).

* Offensive tackle Jeff Roehl, who was allocated to NFL Europe by the Patriots and will appear in championship game with Amsterdam this weekend, was named to the All-NFL Europe team. Roehl started all 10 games for Amsterdam, the league’s highest scoring team.

QUIET WEEKEND: Many Patriots staffers were escaping for an anticipated long weekend. We’ll plan on doing the same, with our next update coming on Tuesday.

Have a great weekend. 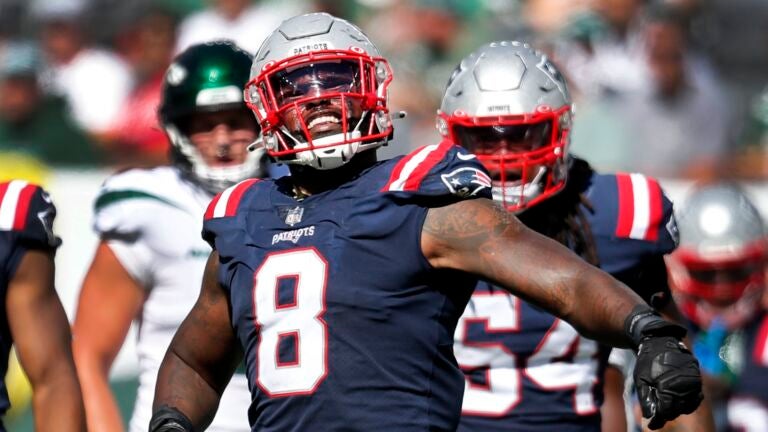