TAMPA – From time to time in the build-up to Super Bowl XLIII here in Tampa, a variety of opinions on the Patriots will be shared.

Former Baltimore Ravens offensive tackle Jonathan Ogden, who was a perennial Pro Bowler over his career from 1996-2007, was present on “Radio Row” on Monday, and he spent a few moments talking with the Boston Globe.

Ogden, who co-hosts a radio show on The Fan 105.7 in Baltimore, was as surprised as anyone that the Patriots posted an 11-5 record this past season.

“Who had heard of Matt Cassel? He’d been a backup for 6, 7 years,” Ogden said. “But when I saw how Josh McDaniels handled him earlier in the year – it was just kind of how the Ravens did it with [Joe] Flacco. They kind of let him expand over time.”

If there is an area of concern in Ogden’s view when it comes to the Patriots, it is with the defense. He predicts that will be an area of focus for the team this offseason.

“Bill Belichick is too good of a coach to let his team not keep young talent infused,” Ogden said. “They’ll bring in some new guys and that will help, and they’ll figure out a way to get it done. They always do.”

Ogden has kept close tabs on his former teammate in Baltimore, Adalius Thomas. He’s noticed that Thomas is being utilized differently than he was with the Ravens, which is a result of the Patriots playing a different type of 3-4 alignment.

“In the Ravens’ system, Rex Ryan utilized Adalius as a hybrid — sometimes he’s a safety, sometimes a linebacker, sometimes rushing. You never really knew what you were going to get,” Ogden said. “It looks to me that he’s gone back to more of a traditional linebacker role in New England, but I’d say he’s still a done a good job.” 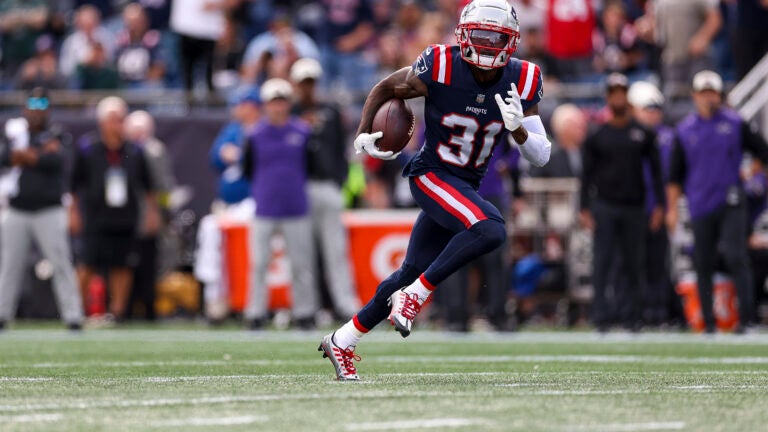