Jonathan Wilhite of the Patriots and Jeremy Shockey of the Saints were seen jawing at each other during warm-ups after Wilhite led a group of jogging Patriots through the end zone where New Orleans was warming up (right). Apparently, that’s Saints-only territory. Nothing serious, just some trash-talking from the players as they pumped themselves up for the game. 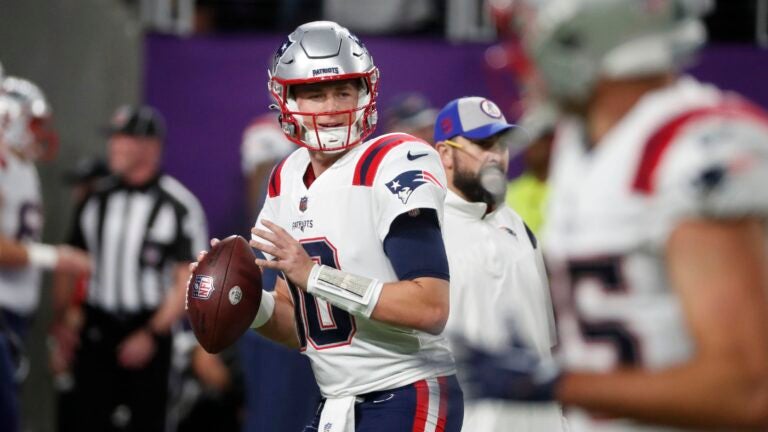