Since we’ve been talking combine results all day, thought it’d be poignant to point you guys to a story on the one number coming out of the event that doesn’t have to do with the player’s physical stature — Wonderlic scores.

Great job by our buddies Edgar Thompson and Ben Volin, the Palm Beach Post’s Dolphins and Florida writers, respectively, in tracking down the numbers, as part of this story on Tim Tebow’s 22. If you haven’t caught on yet, there’s a little bit of ruckus over the fact that Tebow was outdone by Oklahoma’s Sam Bradford (36), Texas’ Colt McCoy (25), and Notre Dame’s Jimmy Clausen (23).

Just as interesting, though, was how Thompson and Volin listed the scores of all the starting quarterbacks in the NFL. The two exceptions were Matt Moore and Matt Cassel, and I don’t believe either of those guys were invited to the combine, which would explain why those numbers would be hard to come by.

Where does No. 12 rank? Tom Brady notched a 33, which (according to this) is nine points north of average for his position and actually a higher score than that of the average chemist. But as far as starting quarterbacks go, it was only eighth — behind Ryan Fitzpatrick (48), Alex Smith (40), Eli Manning (39), Matthew Stafford (38), Tony Romo (37), Aaron Rodgers (35) and Matt Leinart (35).

Interestingly enough, Drew Brees and Peyton Manning are tied for 15th with scores of 28, which is still pretty good. Check out the story. It’s a good one. 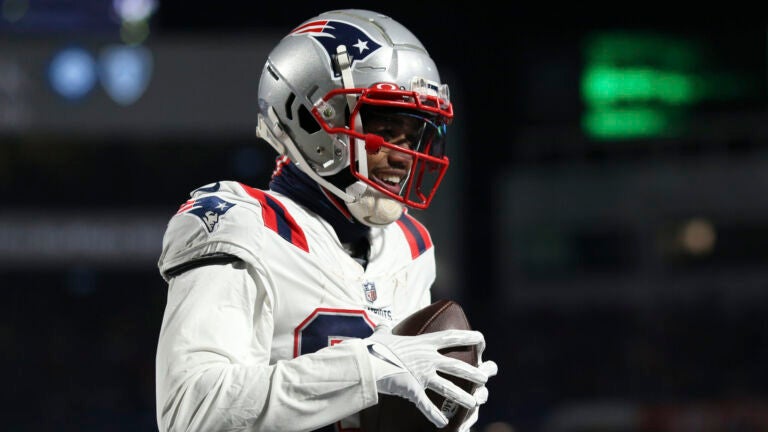 'Bill Belichick changed my life': Kendrick Bourne on how he grew in his first Patriots season