And football was discussed. But maybe not quite to the degree wrestling was.

Neal’s spent the last two months working to try to stop his alma mater, Cal State-Bakersfield, from dropping the wrestling program for which he starred. The school recently made the decision, because of budgetary concerns, to drop four sports, and it was pretty clear listening to Neal how passion he is about not letting it happen (you can see it for yourself in the video above.)

The recently re-signed Patriot has been making the 232-mile trek between San Diego (his hometown) and Bakersfield back-and-forth over the course of the offseason to help raise money to save the program, and noted that the five current wrestlers that qualified for nationals will be wearing black singlets at the championships in Omaha later this month. And he passed along some info for you guys to help, if you’re so inclined.

So you can go here, or text “Win” to 25383 to make a quick $10 donation to the cause. With so many schools dropping sports — the Northeastern and Hofstra football programs quickly spring to mind — it seems like a pretty worthy cause for those who’ve had athletics as part of their life. 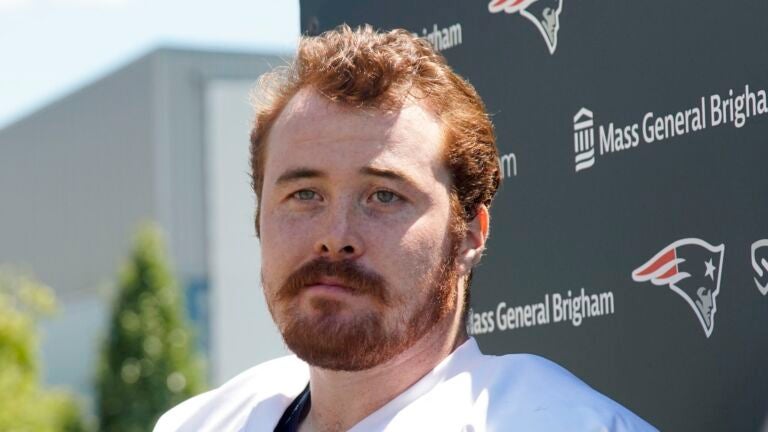