A short time ago, while discussing the Patriots’ first-ever Leadership Blitz, the Charitable Foundation event which is taking the place of the team’s annual golf tournament, Robert Kraft had the pleasure of telling reporters whom fans had chosen as this year’s team Hall of Fame enshrinee:

The bruising fullback, who spent his entire 10-year career with New England (1973-82), was chosen by an online vote over center Jon Morris and defensive tackle Houston Antwine.

Cunningham remains the Pats’ all-time leading rusher, with 5,453 yards on 1,385 carries (3.9 ypc) and 43 touchdowns. Last year, he was named to the franchise’s 50th anniversary all-time team.

“I had the pleasure of talking to Sam, he’s excited and enthused,” Kraft said. “Sitting in the stands, like so many of us, I remember the thrills he gave us…the great contributions he made.”

Cunningham also played a role in integrating college football in the South with his performance against Alabama in Birmingham in 1970. He had 135 yards and two touchdowns that day; as the story goes, legendary Bama coach Bear Bryant felt integration was inevitable, and perhaps the sight of a black player steamrolling the all-white Tide would help convince fans it was necessary as well.

This year’s enshrinement ceremony will be Aug. 12, before New England’s exhibition opener against the Saints.

Here’s a highlight video of Cunningham. 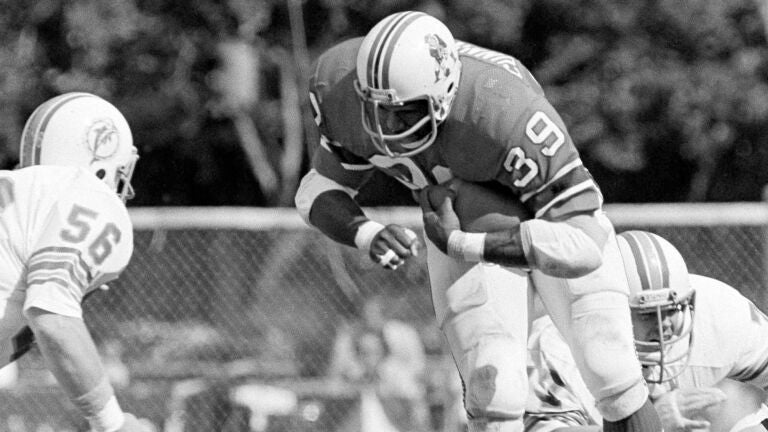