Globe NFL writer Albert Breer is touring select training camps around the East Coast, and will report from each one he visits. To review his previous reports, check out his training camp tour page.
THE SCENE
The Giants do pack up and go away to a college campus, but the University at Albany isn’t exactly Latrobe, Pa. or Flagstaff, Ariz. The grounds here feature a maze of big, bland cement buildings set about a 40-yard dash away from Interstate 90.

Big Blue is in its 15th year camping here, but with the gleaming, one-year-old Timex Performance Center sitting in the parking lot of the club’s new stadium in Jersey, speculation remains that there might not be too many more trips to upstate New York coming. As things are now, Albany provides the Giants with a vast array of practice fields, a business-first atmosphere and, from a business standpoint, a chance to connect with a part of the fan base living hours away.

THREE THINGS TO SORT OUT
The running game: Brandon Jacobs has taken a pounding and has fought through knee problems, and watched his per-carry average dip to 3.7 yards after posting consecutive season averaging 5.0 yards a carry. Offensive coordinator Kevin Gilbride says the team needs to find a way to get Jacobs to the hole quicker and into the open field, where he’s like a runaway freight train, but questions remain as to whether he’s lost the burst to do that. On top of that, Ahmad Bradshaw had multiple offseason surgeries, so the Giants have to find someone to re-establish what was once the league’s most fearsome run game.

The pass rush: It’s amazing that two years after the Giants rode a relentless pass rush and run game to a championship that those are this team’s issues. But that happens to be the case.

“That wasn’t Giant football last year,” general manager Jerry Reese said coming off the practice field. “We didn’t run the ball well and we didn’t rush the passer well, and those are two staples for us that we pride ourselves on.”

The hope is that a healthier Osi Umenyiora can return to form, and monstrously athletic but raw first-round pick Jason Pierre-Paul can develop quickly to fix the problem.

Leadership: Michael Strahan called Justin Tuck out a few weeks back, saying that his former teammate had all the capabilities to be a great leader, but needs to assert himself more. Tuck isn’t alone. Reese named just about every defensive lineman on the roster in enumerating the potential leadership types, and said that if the linemen are guiding the defense, the other potential issues (at linebacker and safety) will work themselves out. The team’s training camp T-shirts read “Leadership = World Champions”.

The Giants have a handful of 20-something vets counted on to step in those roles. And they’d better. There’s a feeling internally that shortcomings in the leadership department were a part of an injury-fueled late-season tailspin.

PATRIOTS CONNECTION
By my rough count, there were more T-shirts out in Albany that read “18-1” than “Super Bowl XLII Champions.” And one even said “Beli-lieve It”, referencing Patriots coach Bill Belichick. Guess those guys don’t remember the dominance of the championship defense of 1986, or the Super Bowl game plan from January 1991 that is now immortalized in Canton, huh? It is kind of interesting to see that even as some memories of the 2007 Patriots’ 16-0 regular season fade, the significance of the Giants’ title that year remains so tied to whom they were able to beat.

THE QUOTE THAT CAPTURES
“You always learn more from losing than from winning. And we certainly learned a lot more last year than we would’ve liked.” — C Shaun O’Hara

TRAVEL MISHAPS
Bad start to your training camp trip – The rental-car place is out of cars when you arrive. That’s what happened this morning to me at the Park Plaza Hertz. They told me they were waiting for more to come from the airport.

So I said, “What if I just take a cab to the airport?” The lady at the counter said that was fine, so I went to Logan and they transferred the reservation. When I got to the airport, though, my rate was higher. Airport tax, I was told. So my choices: Wait for hours for the cars to get to Park Plaza or pay for cab, then pay more for a rental car. So why did I make this reservation in the first place? Eventually, the manager at the Logan Hertz counter worked out the price for me. But I did get to Albany late.

THE GUY TO WATCH
Tempting to say supersized second-year receiver Ramses Barden, because of how he physically stands out, but he was impressive in camp last year. You could also say Hakeem Nicks, but he did plenty to warrant attention last year. So let’s go with Michael Boley. Linebacker is an issue for the Giants, and Boley could well have answers. The 27-year-old signed a five-year, $25 million contract with the Giants in 2009. Injuries limited him to 11 games last year, but he showed the potential in that action to, if he stays healthy, be the kind of playmaking the force the team needs on the second level of its defense.

PASSING THOUGHTS
Veteran MLB Keith Bulluck, discarded by the Titans and coming off a torn ACL in his and surgery to fix that, the 33-year-old has a chance to be the kind of veteran pickup that can energize a defense. He looked spry in drills yesterday and, even if he is on the back nine, looks like someone young players can still learn from. … New defensive coordinator Perry Fewell has added some energy on the defensive side, and seems to be instilling a real emphasis on turnovers. His players started their first training camp practice with a football version of “Hot Potato” and then went into ball-drill stations after that. … Really remarkable how deep this team has become at receiver, just one year after the “How are they going to replace Plaxico Burress?” questions were such a dominant training camp storyline. … Look out for tight end Travis Beckum. The Giants think he could be the kind of versatile “move” weapon that could make their passing game even more diverse.

Tomorrow: A report from Jets camp 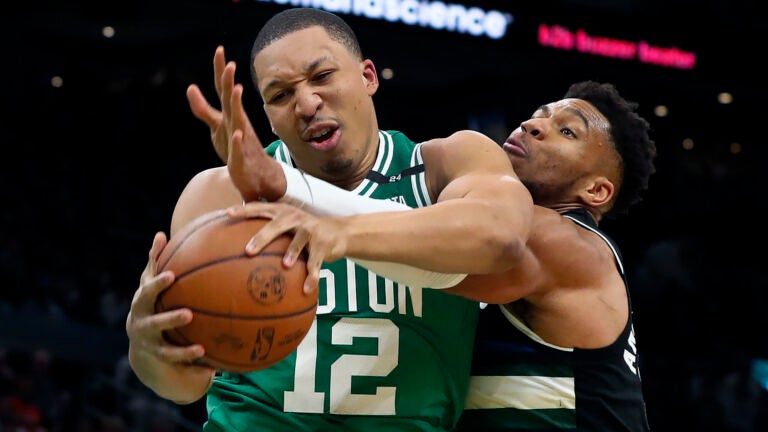