File this one under “who knows what to believe.”

Images of NFL uniform concepts are making the rounds on the Internet, but the source of the pictures remains a mystery. The Patriots’ version looks like the comic book hero Captain America’s costume, and most of them are a dramatic departure from the current look of the NFL.

A web site message board has posted a gallery of the uniform images here.

NFL spokesman Brian McCarthy said via Twitter the league and new uniform supplier Nike had nothing to do with them.

just to clarify, the artist renderings of NFL uniforms floating around ARE NOT from the league or Nike. stand down

It nonetheless caused a flurry of discussion, and Patriots reporters today showed the image of the Patriots’ rendering to coach Bill Belichick. His response was, “Oh great. Halloween costume? That was last month, right? “

A blog on the Baltimore Ravens’ web site said earlier today they were leaked images from Nike, which recently won the contract to be the official supplier of NFL apparel.

Other blogs claimed they were merely concepts by a computer-savvy fan, while message board commenters and other web sites hinted the images could be a test-marketing ploy to gauge initial public reaction.

On one message board, footballsfuture.com, a poster with the screen name El ramster posted images on Oct. 17 (including several for major college teams) and said a friend created them. Several contain identifying marks — a Jaguars image is stamped “Designed by TornadoGTS” in a corner, and a Falcons design is labeled “Made by 11497.”

Perhaps fueling the fire were comments made by a Nike official after the league chose Nike.

In an interview with CNBC’s Darren Rovell, Nike brand president Charlie Denson indicated the company would look to put its stamp on the league.

“We plan on changing the NFL jersey dramatically just like we’ve done with the college programs, using new thinking and the greatest technology available. The NFL program hasn’t had the same type of advancement in recent years,” he said. 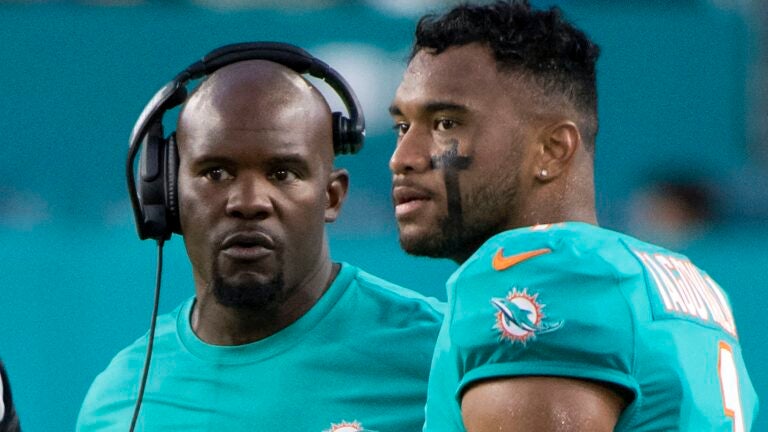