The website profootballfocus.com, which is kind of like baseball’s Sabremetrics for football fans, has chosen Patriots’ cornerback Devin McCourty as its rookie of the year, and tight end Rob Gronkowski as the fifth-best rookie in the NFL this season.

Three of the site’s analysts looked at the grades every rookie (they didn’t separate offensive and defensive players) totaled through the season and discussed which 10 first-year players were the best.

Here’s what PFF said about McCourty:

McCourty wasn’t seen by many coming out of the draft as even worthy of a first-round pick — in fact, the talk was that his primary impact this year would be on special teams. Instead he’s played like a top-10 cornerback league-wide, even with some tricky games, and has been one of the keys to New England’s great play down the stretch.

Bradford was second, Cleveland corner Joe Haden third, and Suh fourth. Gronkowski, whose 10 touchdowns are a team record for TDs by a tight end in a season, was fifth.

Early on in the season he looked to the most complete tight end entering the league, and after a blip, he reinforced that with a superb second half of the season. Not bad to lead tight ends in touchdowns and still do a superb job as a run blocker.

Though McCourty certainly put up a valiant fight, Detroit defensive tackle Ndamukong Suh is the overwhelming favorite to win defensive rookie the year honors, while St. Louis quarterback Sam Bradford is expected to be named offensive rookie of the year when the Associated Press honors are announced. 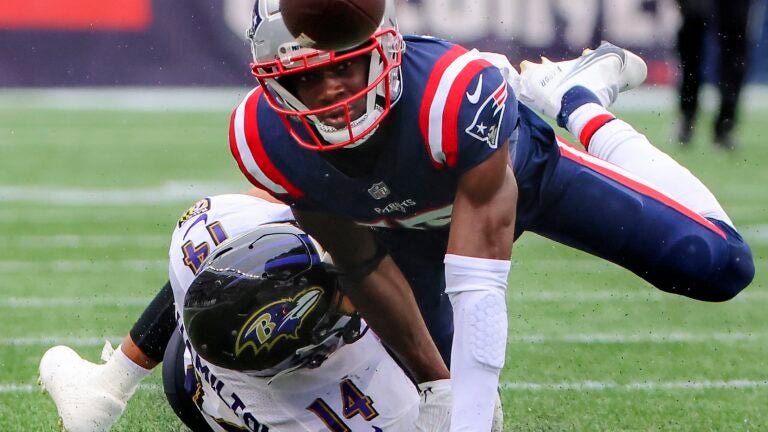