Below is the full transcript of Bill Belichick’s press conference with reporters and opening remarks following the conclusion of the Patriots’ second day in the NFL draft.

Bill Belichick: “It’s a day of preparation all the way through just trying to go through the second and third round and take a look at the players and the teams and so forth, putting it all together. We had a number of conversations prior to the draft. We really felt like Ras-I Dowling was a good pick for us there. Big corner, good tackler, been in a good program there in Virginia with coach [Al] Groh and Mike London this past year. [He’s] a guy that’s played in a system pretty similar to what we’ve run. Very impressive kid. Then we had a little movement down there, took [Shane] Vereen and then traded back and ended up taking [Stevan] Ridley and [Ryan] Mallet. It seemed like there was some conversation on just about every pick. I can’t really remember what all of it was, but again, in the end, we just felt like moving back and picking up the extra pick would enable us to make the Oakland trade, which was kind of ongoing. That’s something that we’ve been talking about here for a little while with them that finally got consummated. Coming out of the draft with the five players that we have – a lineman and three skilled players on offense and a corner on defense – and a couple of high picks next year, I feel like we had a pretty decent couple days. And then we’ll just go back tonight and try to take a look at what’s left on the board and what we have left in the way of picks and keep plugging away and try to find players that can contribute or maybe we think develop on the football team. Still got a long way to go here, but this is where we are for right now.”

What specifically drew you to Ryan Mallet?
Belichick: “We just felt like he was a good player. He’s had a lot of production. He’s won everywhere he’s been: high school, college. He did a good job at Michigan. They came in and changed offenses and that was definitely beyond his control. I think he’s been a successful, productive quarterback all the way through his career: high school, college. He’s an impressive guy to talk to.” 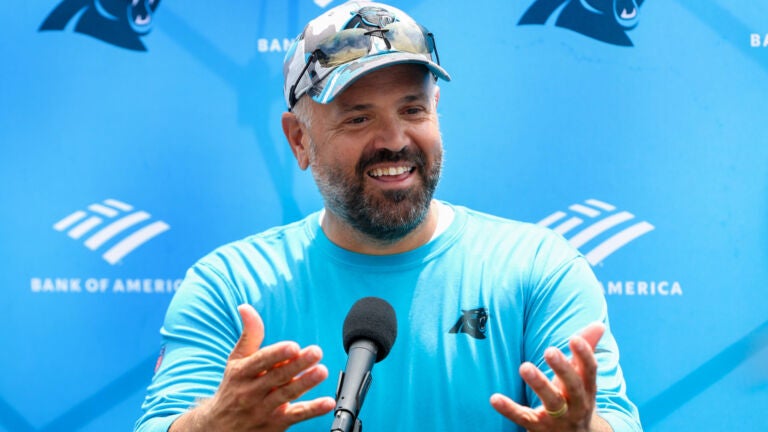