FOXBOROUGH – A look at Wednesday’s practice:

Ah, the refreshing sight of blue jerseys being tossed with ease left and right and then seeing a white No. 70 jersey responsible. Yes, LG Logan Mankins was back in contact drills and he looked surprisingly good for a player who had right ACL surgery 6 months ago. Mankins obviously hasn’t missed many weight-room sessions because most of his effectiveness came from brute strength. He strong-armed Marcus Harrison in one-on-ones, and then was tossing reserve linemen in three two-on-two reps. Mankins is far from season-ready – his feet looked really heavy and he showed no alertness to stunts – but his return was a welcomed sight.

This was the third-straight practice where Patriots’ receivers dropped at least four passes. Enough of the sloppiness already. Clean it up or it could become a habit.

One man’s opinion on how the offensive and defensive lines matched up in one-on-one drills (our favorite part of camp). Records shown indicate wins-losses-draws. 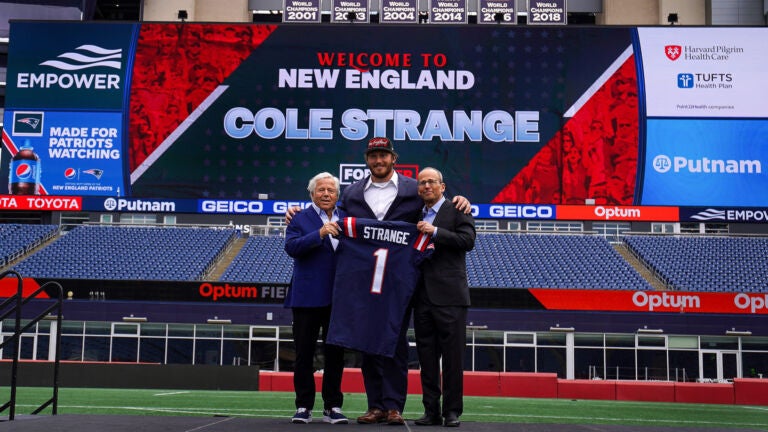 Tedy Bruschi shared his thoughts on the draft, where the Patriots rank in the AFC East