Following a report that stated that Boston applied to host the NFL draft, Boston Mayor Martin J. Walsh has said he would welcome the NFL’s signature offseason event as a fan of the game.

“As a Patriots season ticket holder, I’d love to host the NFL draft in Boston,” Walsh said in a statement to Boston.com. “We have the resources and infrastructure to do it — the hotels, convention space, the tourism amenities — and we would welcome the opportunity.”

There is no formal process for applying to host the draft, which has been held at Radio City Music Hall in New York City since 1965. A dozen cities have shown interest in hosting the draft, according to an NFL spokesperson, including Boston, Los Angeles, Chicago, Nashville, Orlando, Philadelphia, and New Orleans, four additional locations than were named in the initial report. Mayor Walsh spoke directly with NFL commissioner Roger Goodell to express his interest.

This year’s NFL draft starts tonight and will run through Saturday, May 10. Because of a scheduling conflict at the hall, the NFL was forced to push back the draft this year to May, two weeks after its usual date in April. And because of another possible scheduling conflict, the league is exploring its options to move the location in the future. 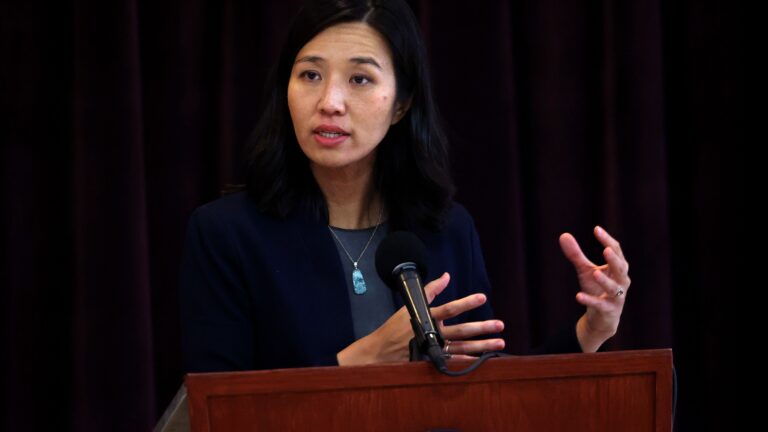