MIAMI GARDENS, Fla. — Tom Brady was pressured and harassed in the pocket and the Patriots were shut out in the second half, losing their 2014 season opener to the Miami Dolphins 33-20 at Sun Life Stadium.

It was the first time the Patriots had lost a season-opening game since 2003, breaking up a 10-year winning streak.

Dolphins running back Knowshon Moreno, who gashed the Patriots for 224 yards as Denver Bronco in the regular season last year, compiled 135 yards and a touchdown, including 92 in the second half.

The Dolphins scored 23 unanswered points, fueled in part by a shaky Patriots offensive line that couldn’t seem to contain defensive linemen Cameron Wake, Olivier Vernon, and Chris McCain. Wake had two sacks and a forced fumble while Vernon and McCain had a sack each, all which came in the second half.

Julian Edelman, who caught six passes for 95 yards in the first half, was shut out of touches in the second half. He had 131 yards from scrimmage. 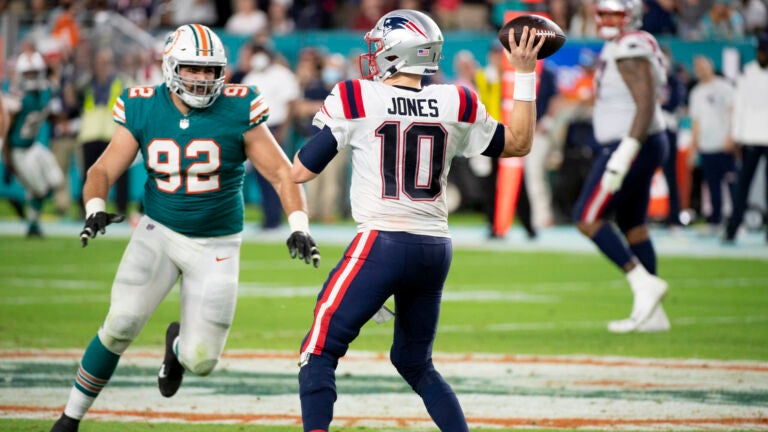