FOXBOROUGH — The Indianapolis Colts’ Super Bowl dreams went up in a cloud of smoke, thanks in large part to running back LeGarrette Blount rolling all over them.

He became the latest Patriots back to torch the Colts’ defense, and the first back in NFL history to post multiple playoff games with three rushing touchdowns.

A hard running style was in order against a Colts defense that has been hammered by the Patriots’ running game in each of the past three meetings. New England has posted a combined 657 rushing yards on 130 attempts (5.1 yards per attempt) and 13 touchdowns. That’s an average of roughly 43 attempts, 219 yards and four touchdowns per game.

Statistically, Blount’s performance wasn’t the best of the past three thrashings. But visually, it looked like the most dominant. It seemed that every time Blount took a handoff, he either warded off tacklers and bulldozed through them, juked them out of their shoes and bounced around them, or both.

But Blount was quick to pass off the credit to his offensive line.

“They’re the best in the league,” Blount said.

Amid the bulldozing and the bouncing, there were plenty of big holes in front of him. The Patriots offensive line, shuffled once again with center Bryan Stork ruled out, paved the way behind guards Dan Connolly and Josh Kline and center Ryan Wendell.

“LeGarrette’s awesome,” said left tackle Nate Solder. “He’s been running great for us. To be a part of that and to be with that group is awesome.”

It’s important for a back to be able to create his own yards. But when the holes are in front of him, Blount wants to reward the line by capitalizing on the opportunities they create.

“I just wanted to come out and run the ball as hard as I can and try to be effective on the way to have the game like I had,” he said. “My offensive line played amazing. They played great. I probably should’ve had more yards than I did. I probably missed a couple holes. Some things looked so good to me. It was awesome. No better feeling than winning this AFC Championship game.”

Make no mistake; this is quite the statistical turnaround for Blount and the running game as a whole. The Patriots had 14 rushing yards in their win over the Baltimore Ravens, the fewest rushing yards by a winning team in postseason history.

But on either side of the spectrum, Blount’s teammates have confidence in his ability.

“We love LG whether he has 250 yards or five yards,” said fellow running back Shane Vereen. “He’s a great player, a great teammate. He’s accepted around here and everybody loves him.”

As for the folks who aren’t fortunate enough to call him a teammate, Vereen doesn’t envy them.

“I wouldn’t want to tackle him,” he said. 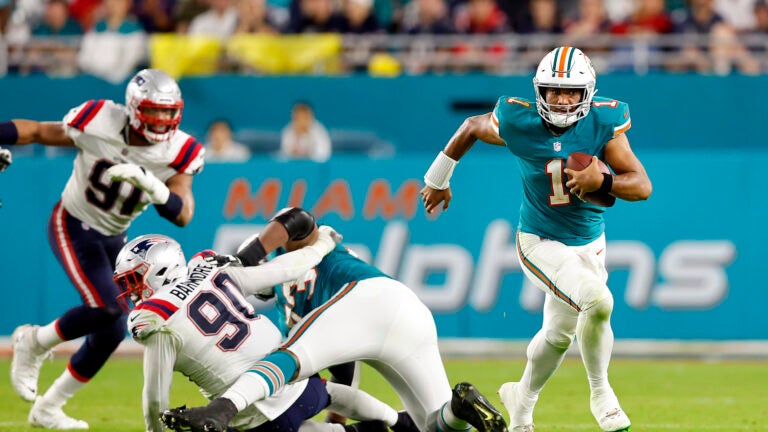