Real life reared its head for Vince Wilfork on his way home from the AFC Championship Sunday night when he saw an overturned Jeep Wrangler on Route 1 in Foxborough. Wilfork immediately sprung into action and rushed to help a woman get out of the vehicle.

“I just saw a car turned over and turned around and just wanted to help,” Wilfork told reporters Monday at Gillette Stadium. “I think anybody would do the same thing… I saw the lady in there and I asked her was she OK, could she move, and grabbed her hand and kind of talked her through, got her up and actually pulled her out of the window. I actually opened up the door and pulled her out. It wasn’t a big deal. Like I said, just seeing somebody who needed help and I helped them.”

Wilfork said he’s learned how to stay calm when confronted with an emergency situation.

“Through football and the course of life, I learned to just try to stay poised in certain situations, and I’m pretty sure she was kind of scared, so the last thing I wanted to do is have her panic,” Wilfork said. “And that was the first thing I told her, I said, ‘Don’t panic, I’ll get you out of here.’ So we were fine, we got her out, the cops came and that was about it.”

Wilfork said he wasn’t sure if the driver — 38-year-old Mary Ellen Brooks of Hanson — recognized him. “She probably doesn’t know,” he said.

“I was just lucky to help,” Wilfork said summing up his eventful day and night. “I don’t want anything from it. If I see that a million times, I’ll do it a million times, no matter what the situation may be. Luckily, my wife and I were able to actually help and be there when it happened and get her to safety.”

Wilfork talked about his mindset after the incident was over.

“You kind of reflect on life a bit,” he said. “Here I am, won the most important game of our season and flash right in front of your eyes, your life, somebody that’s in danger. I didn’t think about anything that was going on in my life at the time. My job, like I said, the only thing I thought about was seeing there was somebody in there and getting them to safety. After I did and drove off, my wife and I kind of talked in the car and just said, ‘Things are a lot more precious in life other than games or anything you accomplish in life.’ There are some things out there that are more important and it showed last night. Even though we won the AFC Championship, there was a life in danger, so we were just happy to help.”

According to the Massachusetts State Police, Brooks was arrested and charged with operating under the influence and negligent operation of a motor vehicle. Wilfork said he did not know her health status.

“I have no clue,” he said. “All I know is she was talking and I was able to get her out and walk her to the sidewalk and sit down until the police came and they took it from there.”

In a conference call with the media Monday, Patriots coach Bill Belichick was asked about Wilfork’s character and what he’s come to know about him over the last decade.

“I think Vince is a really unique and interesting individual,” Belichick said of Wilfork. “He’s accomplished, obviously, a lot in his professional life, but on the personal side of it, he’s got a lot of character and a lot of integrity. His parents passing away, I know when we drafted him back over 10 years ago, just how quickly he had to grow up and mature given his situation and how close he is with his family and how much he supports the people that depend on him, but how generous he is with his time and just personal support, it isn’t even just the time, just the interest and the compassion that he has for other fellow human beings.

“No, it doesn’t surprise me because that’s really the type of person he is. He’s got really high character, has really good leadership and chemistry on our team. People kind of gravitate to him and [his wife] Bianca. He does a lot of things behind the scenes and isn’t looking to get out there and be out front about it. He just does it and a lot of times you see and recognize it, but I’m sure there are a lot of times that he does it and he or maybe one other person knows what he did. He does it for the right reasons, not for some kind of personal gain. It’s the right thing to do. He’s got a lot of integrity.” 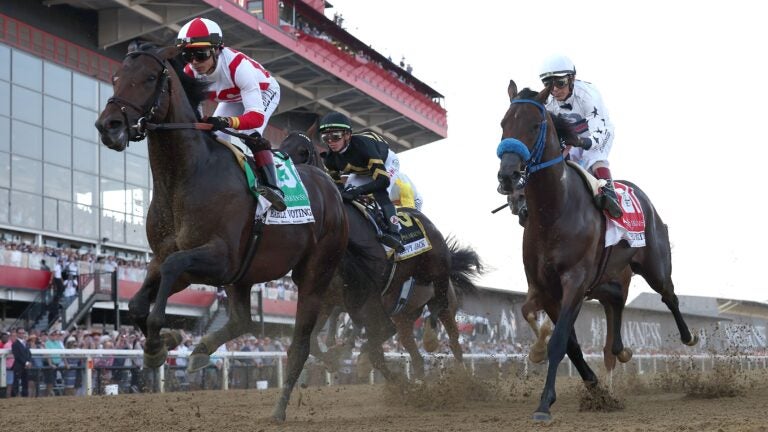