Quick pump before the weekend. Gotta get your reps in when you can! #MustProtectThisBathroom Under Armour

In his latest Facebook missive. Tom Terrific shows us his method of exercising in a bathroom. Yep.

Brady posted a video of his doing some Jack LaLanne-type chest press exercises done from a metal folding chair.

The Patriots star quarterback posted the following caption under the video: “Quick pump before the weekend. Gotta get your reps in when you can! #MustProtectThisBathroom Under Armour”

The good news is that it looks like Brady has fully recovered from that unfortunate crossover incident with his pal Michael Jordan.

In related news, the Patriots offseason workout schedule has been announced.

Phase 2 encompasses three weeks of on-field workouts with coaches giving individual instruction while going through drills. This is a no-contact period.

Phase 3 at Gillette Stadium includes four weeks of organized team activities (OTAs). The OTAs will take place on May 26, 28, and 29; and June 1, 8, 9, 11 and 12. Teams can run offense vs. defense drills over these 10 sessions, but there is no contact allowed.

The mandatory three-day minicamp will take place from June 16-18 before training camp begins in late July. 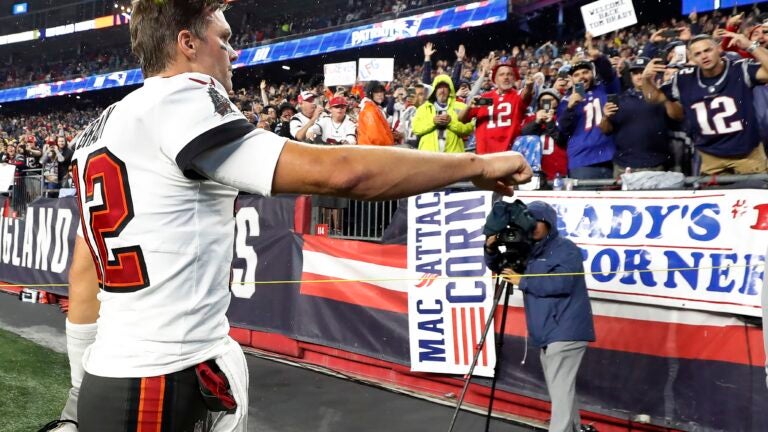 Watch as Tom Brady gets ovation from Patriots crowd in return