Apparently, you can go home again.

Linebacker Brandon Spikes will rejoin the Patriots, the team announced Monday. Reports from ESPN’s Mike Reiss, Adam Schefter and Field Yates earlier in the day said the linebacker would sign a one-year deal.

From @AdamSchefter & me: the Patriots have signed free agent LB Brandon Spikes to a 1-year deal. Spikes spent the 2014 season Buffalo.

The 27-year-old Spikes spent last season with the Buffalo Bills after getting released by the Patriots. He spent the first four seasons of his career in New England after being selected in the second round of the 2010 NFL draft.

With linebacker Dont’a HIghtower and Jerod Mayo recovering from surgeries, Spikes — whose strength is stopping the run — could provide the Patriots with some much-needed depth at linebacker.

While with the Bills, Spikes took to Twitter in April 2014 saying it’d be “icing on the cake” to beat the Patriots twice. He also referred to his tenure in New England as “four years a slave.”

But after the Patriots put up 37 points on the Bills defense in Buffalo last season, Spikes was singing a different tune.

“I talked a lot of trash in the offseason, and I didn’t back it up,” Spikes said after the Bills 37-22 loss in October. “We did everything in our power to lose that game.”

The Patriots placed Spikes — who played with a bad knee in 2013 — on season-ending injured reserve Jan. 6, 2014 after he showed up late for a practice on Jan. 3. He became an unrestricted free agent at the end of the season and signed a one-year, $3.25 million deal. 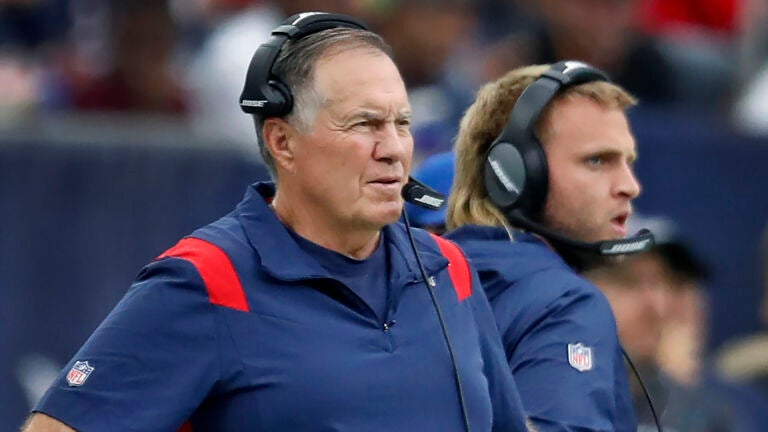