As the Patriots continued their organized team activities on Friday, quarterback Tom Brady was on the field with his teammates, but the reigning Super Bowl MVP did not speak with reporters after practice.

Tonight at Harvard Field in Allston, Brady will take part in the 16th annual Best Buddies Challenge, an event dedicated to helping people with intellectual and developmental disabilities.

The weekend festivities that extend from Cambridge to Hyannis Port kick off with Brady’s annual flag-football game, lead-sponsored by Hublot.

During the halftime event, Brady is scheduled to appear with Hublot’s CEO Ricardo Guadalupe to officially launch a new timepiece.

In past years, Brady has always spoken with the media at the event. As of a week ago, Brady was scheduled to participate in a 5-7 minute media opportunity for reporters to ask the Patriots quarterback and his “Best Buddy” Katie questions. Those questions were specifically instructed to be “about Best Buddies and his involvement with Best Buddies.”

But earlier this week, Comcast SportsNet’s Mike Giardi reported that Brady would not be answering questions from the media at any point during the event.

Boston.com was told the following by event organizers yesterday: “We won’t know whether Tom Brady will be allowed to answer questions from the press until shortly before the football game. However, it seems as he’s likely not going to be open to it.”

Brady has not spoken publicly since May 12, when the NFL handed down a four-game suspension to the Patriots quarterback for his involvement in the scandal surrounding his use of deflated footballs during the NFL playoffs last season. He is currently appealing that decision with the league.

Brady last spoke publicly at an event at Salem State University in early May. He declined to discuss his thoughts about the Wells Report that found he was likely at least aware two team employees were breaking rules by deflating footballs for him.

“I don’t really have any reaction. It has only been 30 hours, I’ve not had much time to digest it,” Brady said to moderator Jim Gray at the Salem State event. “When I do I will be sure to let you know how I feel about it. And everybody else.”

Following the football game, celebrity chef Guy Fieri will be hosting a tailgate party next to the field with the help of Steve DiFillippo of Davio’s.

On Saturday, over 2,000 people are expected to participate in the cycling challenge part of the weekend, which includes a 100 mile ride from Boston to Hyannis Port. Celebrities with Boston ties are expected to take part in the challenge including Michael Chiklis, Maria Menounos, and Dane Cook.

“Best Buddies is a fantastic organization with a great message to spread, and I am so proud to support their work,” Brady said in the press release promoting the event. “I hope my role as honorary co-chair will continue to bring attention to the organization’s mission of friendship and inclusion for people with intellectual and developmental disabilities across the world.” 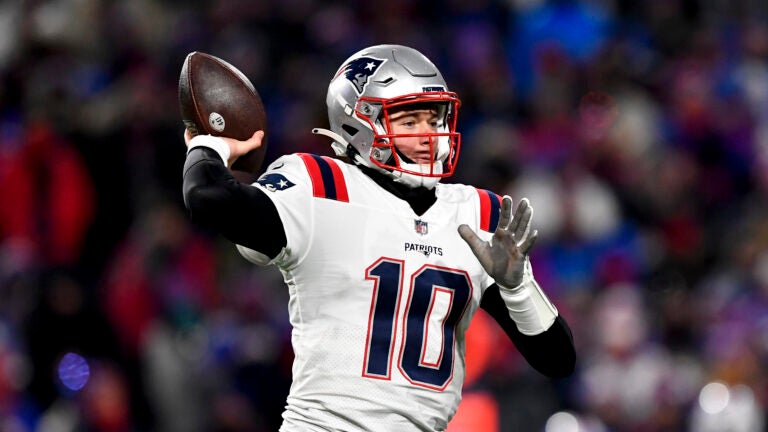