In Massachusetts, golf is still restricted under Gov. Charlie Baker’s ban of non-essential businesses that lasts through May 18, but a pair of courses are planning to defy the order.

Cara Cullen, who owns Kettle Brook Golf Club in Paxton and Wachusett Country Club in West Boylston alongside her two brothers, told Fox News Monday she will open her courses within the “next few days.”

Neither club responded to Boston.com’s requests for comment as of Wednesday morning, but Mass Golf executive director Jesse Menachem said in an email to Boston.com Wednesday that “[Mass Golf has] been told those two courses will not be opening.”

Massachusetts is one of four states that is still enforcing a statewide ban on golf, though two of those states will lift restrictions within the week. On Wednesday, the Vermont Golf Association announced golf courses would be allowed to open on May 7, and New Hampshire’s courses will reopen on May 11.

“If golf is so unsafe, why do 47 states think it’s safe?” Cullen said. “I mean, if golf is that unsafe, then Governor Baker should come out and tell these other states that they’re wrong, and he should tell Massachusetts citizens that they cannot cross that border.”

Cullen, who said she  said her desire to open does not stem from a lack of belief in the severity of the coronavirus. On March 31, her mother-in-law died as a result of a COVID-19 infection.

“I don’t think this is a hoax,” she told Fox News. “I think it’s serious. And my four children never saw their grandmother again and haven’t been able to properly grieve. So I do recognize how real this virus is.”

The Alliance of Massachusetts Golf Organizations has been working since the end of March for golf to be deemed essential, and on May 3 issued a statement with Mass Golf after meeting with the state’s re-opening advisory board, saying they “hope to hear soon that golf can resume in the Commonwealth under the established guidelines presented.”

“Opening courses for play or trespassing on property to play will only hinder our progress and the decision-making process ahead,” read the statement. “We urge all facilities and golfers to abide by the regulations and remain patient for a decision and direction from the re-opening advisory board.”

A message from the Alliance of Massachusetts Golf Organizations. pic.twitter.com/DeC8C2b1SG

Cullen told Fox News her courses will implement rules to prevent the spread of coronavirus, including single-use golf carts, no building entry, outdoor check-in, and masks and gloves for employees. On May 1, Wachusett Country Club posted a video on social media of director of golf Nick Marrone highlighting an “EZ-lift ball retrieval system to keep your round touch-less during the COVID-19 crisis,” while reminding viewers that National Golf Day is May 6.

Posted by Wachusett Country Club on Friday, May 1, 2020

“I’ve put my faith in him and our patience is done,” Cullen said of Baker. “At this point, unfortunately, if we don’t open in a few weeks, we’re done.” 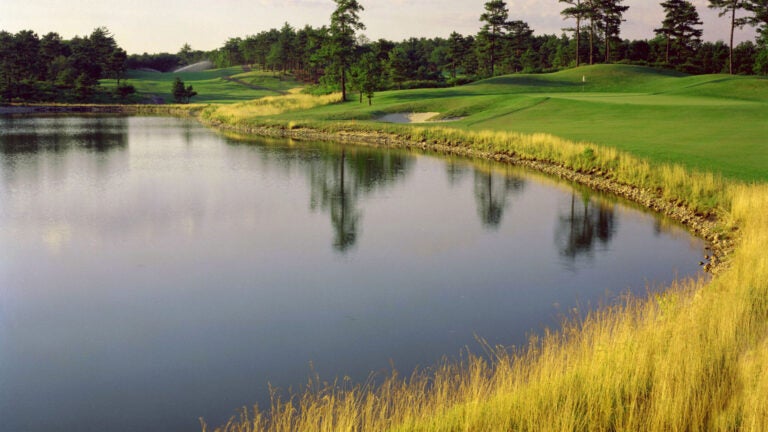 Golf courses in Massachusetts are closed, but behind the scenes, organizers want to safely change that