Tiger Woods confirmed Friday that he intends to play in next week’s Northern Trust tournament at TPC Boston in Norton, the first of three FedEx Cup playoff events to conclude the 2019-2020 PGA Tour season.

Woods has played in just five tournaments this season because of a back injury. He announced his intention on social media, saying he was “excited to head to Boston.”

The two-time FedEx Cup champion has played twice since golf’s restart in June, finishing tied for 40th at the Memorial Tournament and tied for 37th at the PGA Championship last weekend.

“We’ve been training for that. Trying to get my strength and endurance up to that ability to making sure that I can handle that type of workload,” Woods said after the PGA Championship. “We knew once I started playing again when I committed to Memorial that this was going to be a heavy workload, and my training sessions, we’ve been pushing it pretty hard, making sure that I kept my strength and endurance up.”

Woods won at TPC Boston in 2006 and also has two-runner ups and a third place finish in 10 starts in PGA Tour event sat TPC Boston. DeChambeau, Webb Simpson, Rickie Fowler, Charley Hoffman, Adam Scott, and Phil Mickelson are other past winners at TPC Boston expected to play next week. 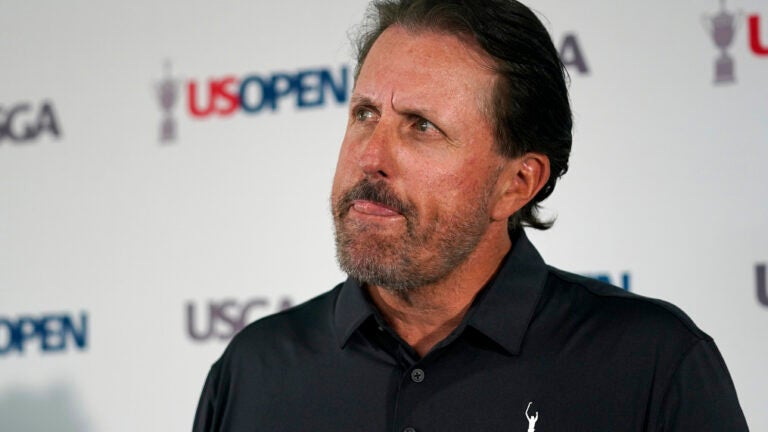