Driving at an unsafe speed for the conditions of the road was the cause of Tiger Woods’s automobile crash on Feb. 23, according to Los Angeles Sheriff Alex Villanueva.

Woods was traveling at speeds between 83 and 87 miles per hour in a 45 m.p.h. zone and was estimated to have struck a tree at 75 m.p.h., according to readings from the sports utility vehicle’s data recorder. The cause of the accident is being listed as traveling at an unsafe speed and failure to navigate the curve of the roadway, the sheriff said.

Villanueva also said that Woods received no special treatment, and that Woods and his representatives had been cooperative throughout the process and authorized the release of the crash details.

“Without the signs of impairment, we don’t get to the point where we can actually author a search warrant,” said Villanueva.

Captain Jim Powers said there was no odor of alcohol or open containers in the vehicle. A field sobriety test was not given because of the severity of Woods’s injuries.

Powers also said that there was no evidence of braking throughout the collision, and that speculation was that Woods may have hit the accelerator instead of the brake pedal.

Powers said no citation was issued because there were no witnesses, either civilian or law enforcement. 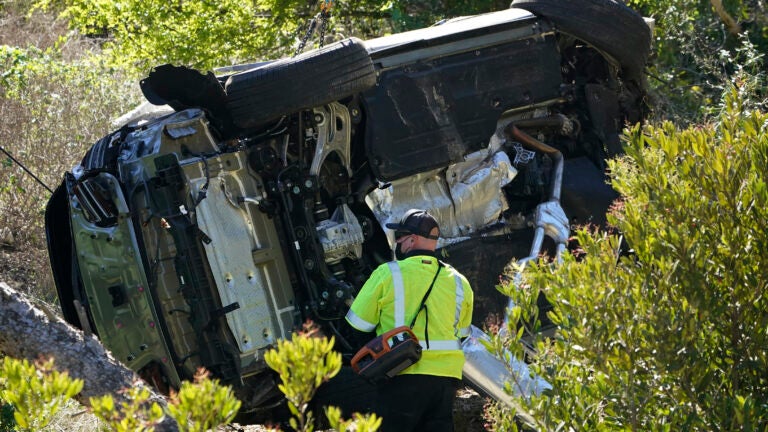 Detectives find cause of Tiger Woods crash but won't reveal it